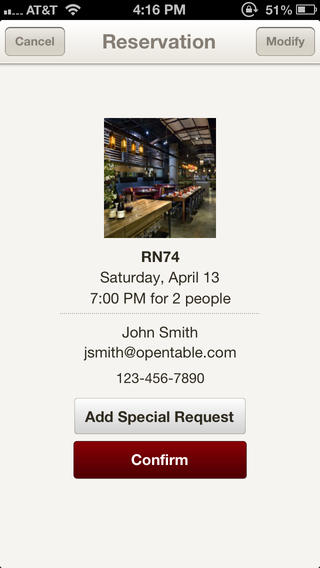 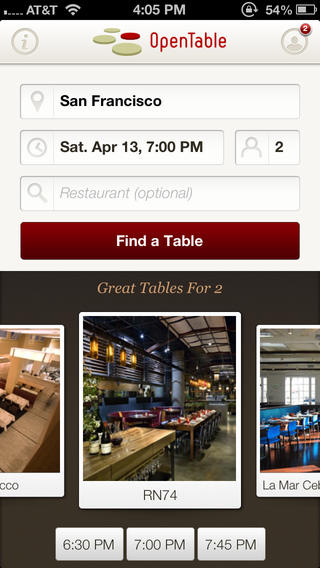 While increasingly common to use your iPhone to reserve a seat at your favorite table, there has been that annoying task of paying the tab at the end of the meal. A leading player in online reservations, OpenTable, is testing a way to eat out and never touch your wallet.

According to reports, OpenTable – which also lets you reserve a table via Apple’s Siri as well as a separate free app – has begun testing a feature allowing diners to pay for their meals with the iPhone. Perhaps most appetizing is the CEO’s pledge that “no geeky stuff” is required…

In a New York Times profile, OpenTable CEO Matthew Roberts said his service will first appear in San Francisco by the end of this year. If all goes as planned, it’ll be rolled into the free OpenTable iOS app covering more than 28,000 restaurants around the world.

While he promises diners that the process of paying your bill won’t require scanning things or such, he also says restaurants will only need to pay the usual credit card fees.

“There’s no scanning, there’s no bar codes, there’s no geeky stuff,” Mr. Roberts said. He said that OpenTable would not take a cut of each transaction if a diner paid with the app. The restaurant would be charged the typical interchange fee for a credit card transaction.

The simple transactions through the app are another way to attract people to use OpenTable, which charges restaurants for reservations made through the service as well as a monthly service charge for using its equipment.

The move into payments is likely aimed at countering rivals, such as Groupon’s Reserve. That service offers consumers discounts to hundreds of restaurants across the US.

However, standing in the way of OpenTable’s expansion into payments could be Apple.

As we saw when Amazon tried to add in-app purchases of ebooks in the Kindle app, the iPhone maker may question whether paying your restaurant bill within an app competes with Apple’s own in-app purchasing system and its customary 30 percent cut of content sales billed through iTunes.