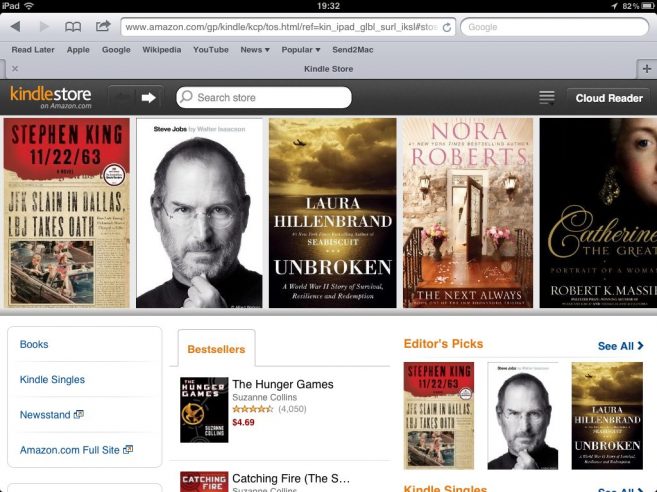 Amazon has launched a new web interface for its Kindle store, completely bypassing Apple’s in-app purchasing system for items that are bought through App Store apps.

The original Kindle app for iOS included links to its own Kindle web store. Apple took offence to this move by Amazon, leading to Amazon removing the links for fear of having the entire app pulled from the App Store for violating Apple’s guidelines. From that point on, anyone wanting to buy Kindle books on an iOS device had to reach the store manually, with no mention of it inside the Kindle app.

Now Amazon has launched a iPad-optimised web store designed to offer an easy way for Kindle lovers to buy new books on the device, ready for reading using the Kindle app, without having to worry about upsetting Apple.

The new web store is a beautiful, horizontally scrolling collection of images which could easily be a dedicated app if it were not for the Safari Chrome. The web site even prompts users to add the store as a bookmark on the iPad’s home screen, blurring the lines further between app and web app.