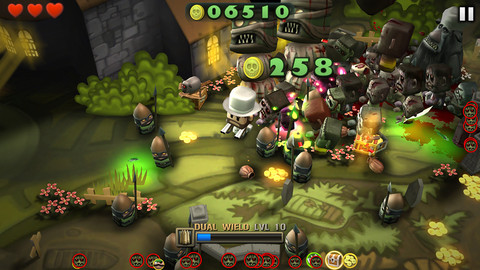 I reviewed the original Minigore for iPhone over at Geek.com three and a half years ago. Developed by the Finnish developer Mountain Sheep and put forth by the red hot UK publisher Chillingo, this dual-stick survival shooter with furries won me over with its rich visuals (especially with objects skewing slightly in 3D as they come in and out of the screen), unapologetic shooting and unsettling fantasy environments that include strange woods, mysterious mushroom and much more.

Four years and countless updates later, the magic is still alive. In fact, Minigore has kept up pace with technology and now looks just as cutting-edge on the latest hardware as it did back in 2009 on the iPhone  3GS. If you passed on the game, you can now download Minigore 2: Zombies free for a limited time, part of its fourth anniversary celebration…

The clip depicts the second level where our hero John Gore encounters the deadly Grim Reaper. The main character’s voice belongs to Arin Hanson, who is the creator of the popular Metal Gear Awesome and other videos in the Awesome-series.

What are you waiting for?

Go ahead and grab your free copy of Minigore 2: Zombies before the price goes back up again to 99 cents. You may also want to check out the original Minigore (99 cents) and Minigore HD (a $1.99 value).

Warning: the game is very addictive.

Chillingo made a name for itself by originally publishing Rovio Mobile’s Angry Birds. By far one of the most prolific App Store publishers, Chillingo is also behind such hits as iDracula, Cut the Rope, Tiny Troopers, Countre Jour and many more releases.

By the way, the publisher is now celebrating its tenth year in business. 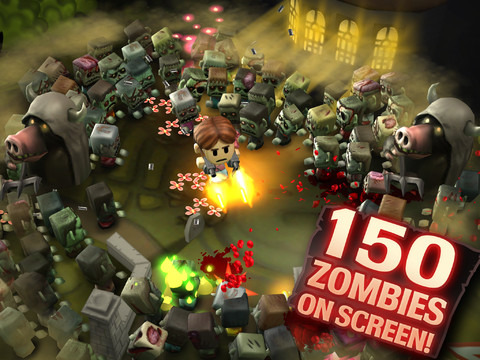 Following a string of successful games releases on the iOS platform, Electronic Arts bought out Chillingo in October 2010 for the reported $20 million.

The intellectual property rights to the Angry Birds franchise were not part of that deal as they remained under Finland-based Rovio, which developed the game.

EA must be pulling its hair out now because it decided to pass on Angry Birds. 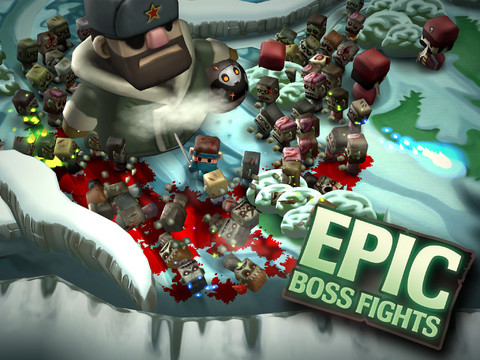 Celebrating the App Store’s fifth anniversary, Chillingo’s COO Ed Rumley sat down with 148 Apps to reflect on his company’s long history of big hitters on the App Store.

“We’ve always had a pretty good eye for something special, and we work with the best indie developers in the world,” he said.

Obviously you can never tell if something is going to live up to the success you want for it but I think in almost every case over the past few years, whether it was Cut the Rope, Catapult King etc we’ve been quietly confident that we were onto something.

The entire interview is available over at 148 Apps as in an essential read, especially for avid gamers and fans of Chillingo games.