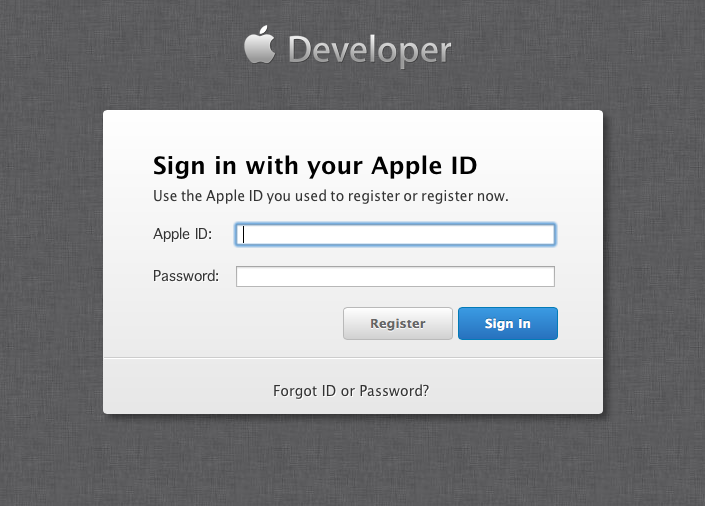 Apple’s Dev Center has been knocked down for more than a week following an attempted breach last Thursday that exploited an iAd Workbench vulnerability, warrantying an emergency shutdown.

Seven top priority sub-systems have gone back up this afternoon (scammers won’t like this), with eight more to follow suit soon.

I’d checked the portal out briefly prior to publication and nothing seemed out of ordinary. Most major sub-systems seem to be working now, with current iOS and OS X betas available for downloaded as if nothing had happened.

New betas of iOS 7, Xcode 5 and OS X Mavericks should become available after Apple brings the remaining systems online. It was just yesterday that Apple updated us on the outage and posted a brand new Dev Center System Status page…

According to the Dev Center System Status dashboard, all crucial systems were operational as of Friday, July 28, 2013, at 2:56 PM PDT.

One last thing developers need from Dev Center that has yet to be up: documentation.

Apple has also emailed developers with the following update:

If you would like to know the availability of a particular system, visit our status page.

If your program membership expired or is set to expire during this downtime, it will be extended and your app will remain on the App Store. If you have any other concerns about your account, please contact us.

Thank you for bearing with us while we bring these important systems back online. We will continue to update you on our progress.

Developers depend on these service so any Dev Center breach inevitably disrupts their workflow. By the way, I also love that non-devs can no longer complain about the outage (not that the actual downtime ever affected them).

As Apple works out the remaining kinks and brings the remaining systems online, things should gradually improve going forward. We’re also aware that lots more plumbing work needs to be done: Apple previously promised it will update its server software and rebuild the entire database, which isn’t a small feat.

Next, we will restore software downloads, so that the latest betas of iOS 7, Xcode 5, and OS X Mavericks will once again be available to program members. We’ll then bring the remaining systems online.

Based on the above, my gut feeling tells me iOS 7 Beta 4 will be issued next Monday.

Place your bets down in the comments below.