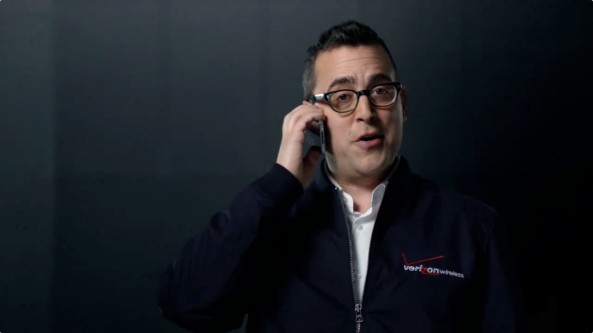 Last week, AT&T launched a new ad campaign claiming that it not only had the nation’s fastest LTE network, but also the most reliable. Citing independent third-party data, it said it now has the “highest success rate for delivering mobile content across 4G LTE networks.”

Obviously, this didn’t sit too well with Verizon, who has long touted the reliability and reach of its cellular network as the best in the country. So the Big Red carrier decided to take out a print advertisement in The Wall Street Journal yesterday to set the record straight… 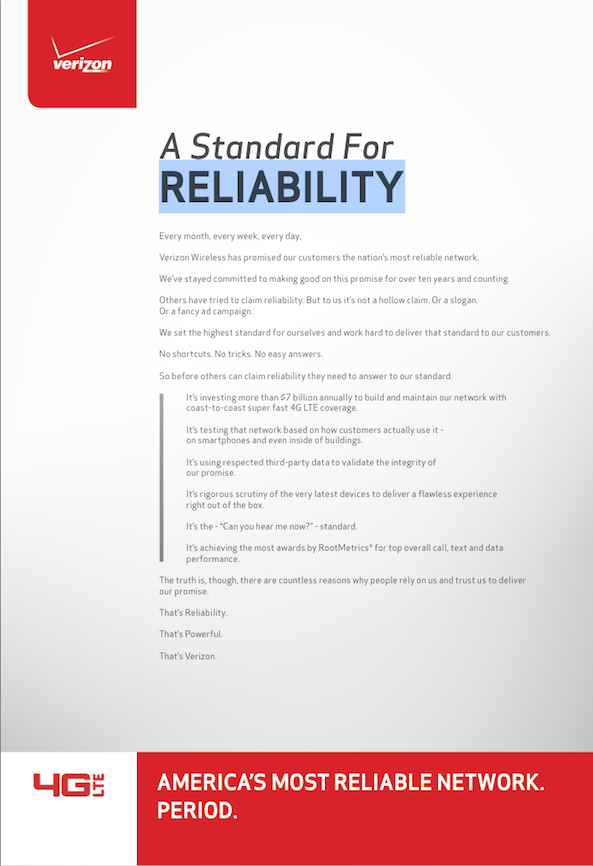 The ad pretty much speaks for itself, and is indicative of how competitive the wireless industry is becoming here in the US. If you need even more evidence, look no further than the recent barrage of ‘early device upgrade plan’ introductions we’ve seen in recent weeks.

But as the top two carriers in the country, the feud between AT&T and Verizon has been going on for much longer than a few weeks. The pair have been trading blows in advertising since 2009, and perhaps before, as they continue to fight for both customers and the crown.

For what it’s worth, the latest data we have suggests that Verizon’s network is still the most reliable. Last month, PC Mag conducted an extensive study in which VZW came out on top—and the carrier still has the largest LTE network, in the most markets, by a huge margin.