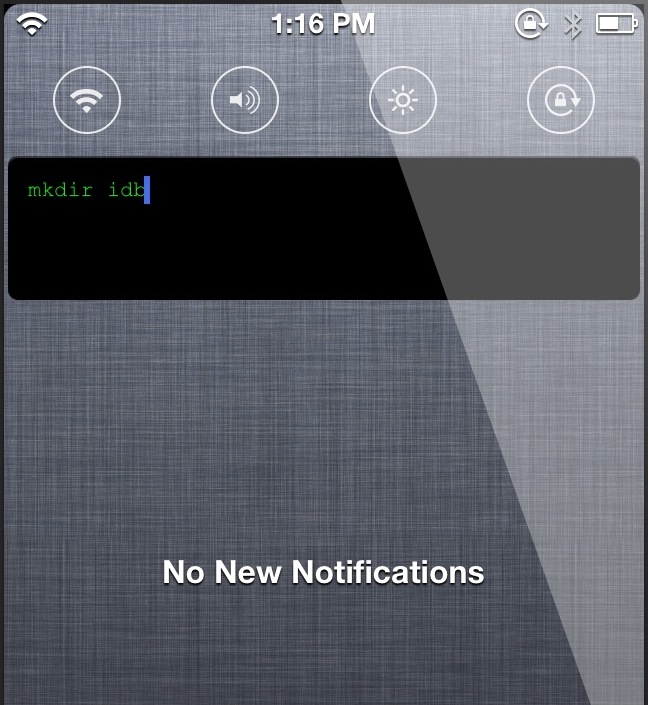 It’s neat to see the terminal get lots of love from the jailbreak community this week. We just got the new MobileTerm Backgrounder tweak, and now we have another new tweak related to the terminal — NCTerminal. As you have probably figured out by now, NCTerminal allows you to run a terminal session directly in Notification Center. That being said, I will say that the tweak is a bit on the peculiar side, as you’ll see in my full video walkthrough.

The strange thing about NCTerminal, is that it doesn’t work like a terminal session normally works. Sure, there’s the black screen with the light colored letters when you open Notification Center, but that’s pretty much where the comparisons end.

NCTerminal, while technically a terminal session, won’t allow you to use a “return” key, so you can only submit commands via the Done key that appears on the pop-up keyboard. This doesn’t actually appear to submit the command, until you check the logs for NCTerminal via an app like iFile. There, you’ll see the output from the entered commands, and there you’ll notice that the tweak is actually doing something.

In other words, NCTerminal is much more suited to running scripts in the background than it is executing specific commands. If you want to execute specific commands, then I recommend that you stick with a simple Mobile Terminal solution. However, if you’re more interested in running long-running scripts in the background, then perhaps NCTerminal is more of your speed.

NCTerminal can be had for $2.62 on Cydia’s BigBoss repo. Yes, the weird price matches the weird dynamics of the tweak. If you decide that you need to give it a go, then head over there, and let me know how you fare in the comments below.