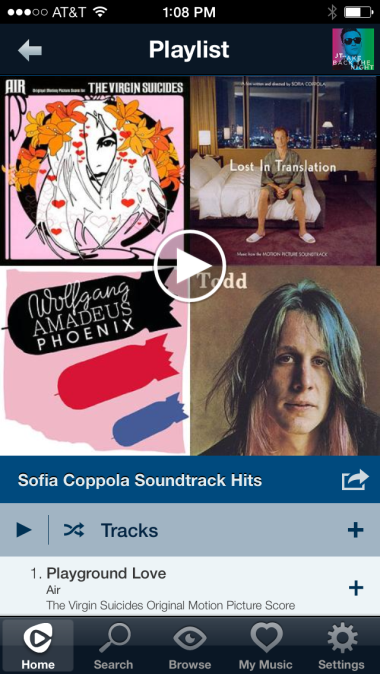 I’m a simple guy when it comes to listening to digital music: the iTunes/iTunes Radio + Spotify combo pretty much has me covered these days. That’s not saying I’m not on the lookout for music solutions outside the Apple-Spotify landscape.

Take the once relevant jukebox app and music subscription service Rhapsody (remember them?), which has been trying to become relevant for years now.

Just two months ago, the firm has renewed its efforts by overhauling its aging mobile app, adding tons of goodies.

Rhapsody 3.5 brings out what the company calls “a full editorial experience”.

It’s a bit like iTunes Radio, with an added bonus of having real humans put together videos and curated playlists the service has amassed from more than ten years of content. Per Rhapsody’s Brendan Benzing, the search bar “can be intimidating” when you have virtually all the music at your fingertips.

He likened curated vs. automated programming to the “difference between shopping at Nordstrom versus Costco”. I’m not sure about that, though the fact remains that curated playlists can help a great deal in introducing people to new music and old favorites. 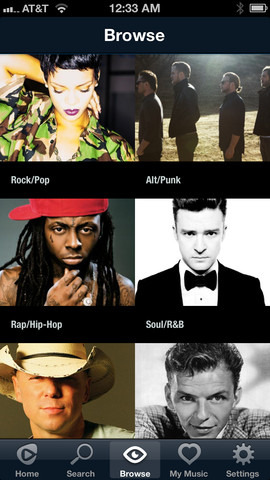 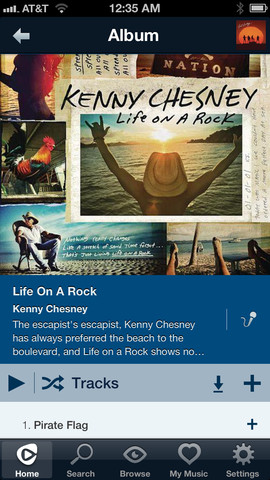 Just like many other streaming service, you can create your own station around artists or genres. When you fall in love with a particular song or an artist, Rhapsody lets you easily share albums and tracks with your social networking contacts.

And for times when you’re without an Internet connection, the new offline toggle ensures the app won’t use your cellular data while still providing access to all your previously downloaded songs and albums, much like Spotify. To enable this mode, go to app settings and flip the Offline Mode switch.

Streaming requires a subscription (they have a 14-day free trial here).

Rhapsody was originally released by RealNetworks back in 2001. On April 6, 2010, the app got spun off as a standalone company separate from its Seattle headquartered parent. In December 2011, Rhapsody International acquired Napster so the service now offers a streaming catalog of more than 20 million songs.

Oh, and just for the sake of completion: Rhapsody was also the code name for a version of Apple’s Macintosh operating system that eventually evolved into Mac OS X.

The new Rhapsody app is quite nice so if you’ve been looking for something other than the usual suspects why not give it a go? It’s a free download from Apple’s App Store and Google’s Play store, if you’re on Android.