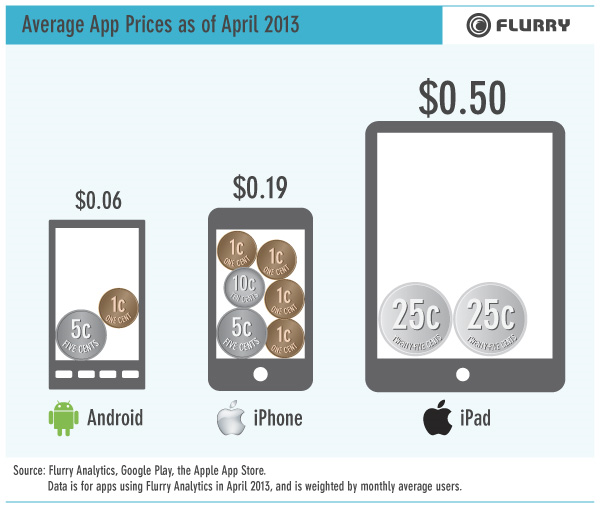 When it comes to apps, free is best. New research finds consumers are willing to accept ads in their apps to avoid paying for their favorite iOS or Android apps. According to Flurry, the number of free apps available in the App Store and Google’s Play store continues to rise.

For Android apps, the fascination with free is even greater, driving the average cost of apps using Google’s mobile software down to just six cents…

Contrary to the desire for an ad-free experience, when faced with the choice between free apps with ads, or paying even $.99 for apps without ads, consumers overwhelmingly choose the free apps and tolerate the ads.

The findings indicate “people want free content more than they want to avoid ads or to have the absolute highest quality content possible,” the analytics firm said.

The company found iPad owners pay 2.5 times as much for apps than iPhone users. The disparity is partly due to iPad owners having higher incomes on average than other device owners, Flurry reasoned. 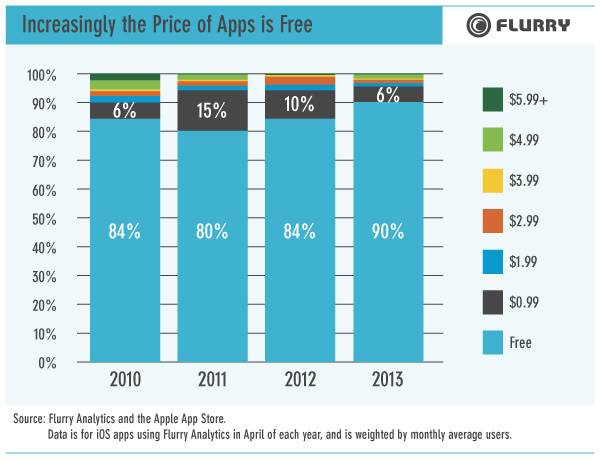 The average Android app costing just over a nickel suggests users of Google’s mobile software are even more intent on owning free apps and more willing to put up with in-app ads.

What about developers, who provide the engine for any app store? Experiments with pricing found apps first released as paid entries increasingly switch to free. In 2010, 65 percent of apps released with a price tag eventually shifted to free. 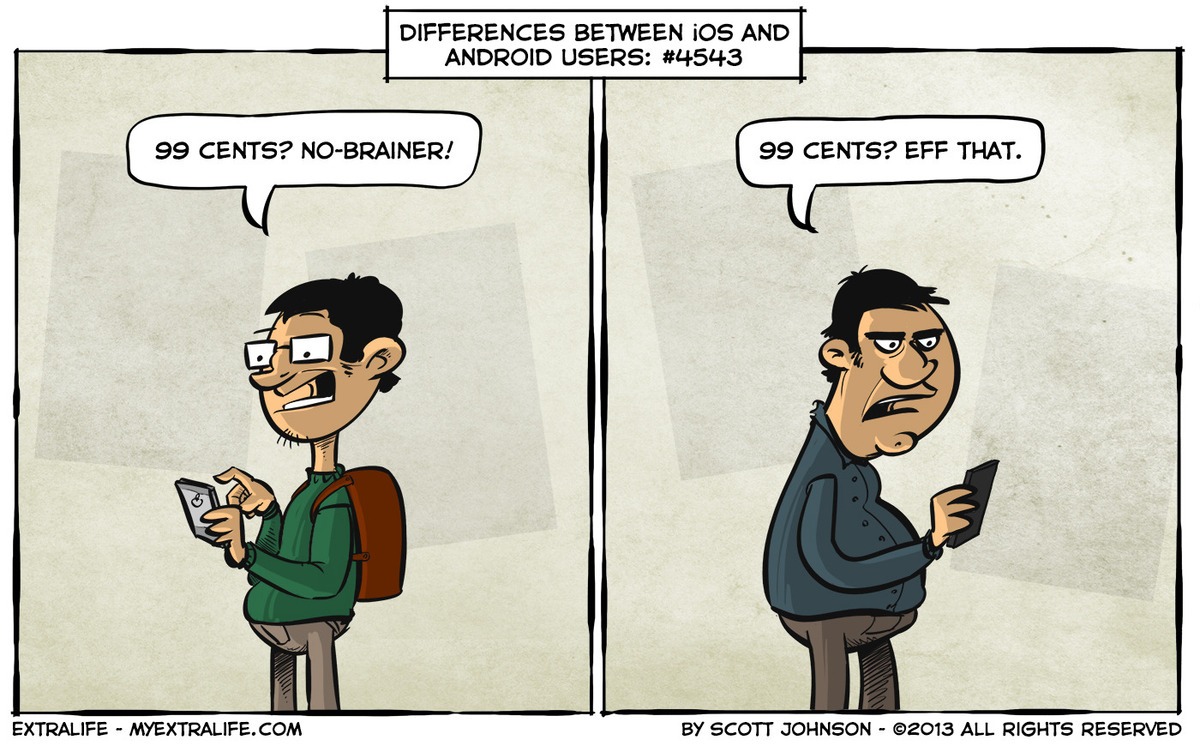 By 2013, 80 percent of paid apps in Apple’s App Store moved to free, according to Flurry.

“This implies that many of the developers who ran pricing experiments concluded that charging even $.99 significantly reduced demand for their apps,” according to the Thursday report. 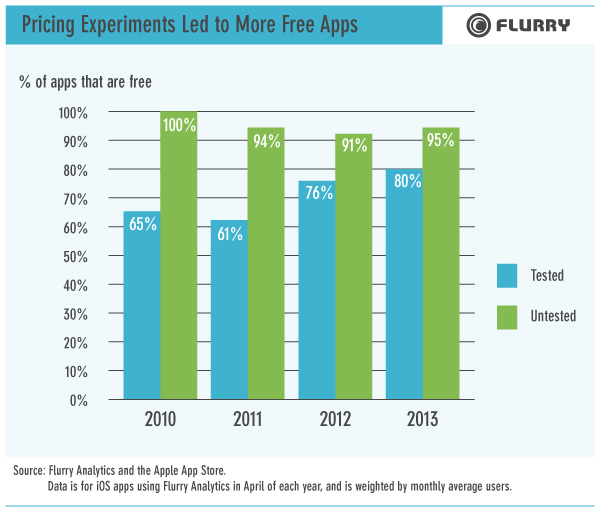 The change was supposedly designed to better mirror U.S. pricing. Earlier this year, some countries, such as Australia, complained Apple’s iTunes stores were charging more internationally than at home to account for the weak dollar.

The end result of the research is a belief by Flurry that in-app advertising is here to stay. The goal now is to make such ads the least-frustrating and the most-valuable for app consumers.