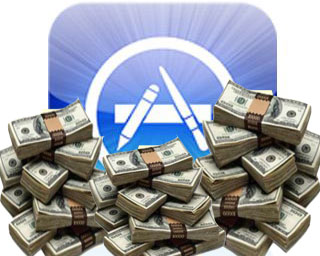 As you know, Apple gives its iOS developers the freedom to choose pricing of their wares on the App Store, keeping 30 percent of the proceeds to itself. But rather than let a developer price an app at fifteen cents, for example, Apple offers a bunch of tiers. This also means localized versions of apps carried on international App Stores are priced differently to reflect a rough conversion of the U.S. prices.

Seeking to better align with the pricing structure in the U.S. App Store, Apple has now introduced alternate tiers for international App Stores so developers can price their software in .99 increments in the country’s native currency…

As noted by Mark Gurman of 9to5Mac, a new .99 Euro price tier is now available in some European countries.

Other App Stores, too.

It wasn’t immediately clear for how long these new tiers have been active, but it appears to be a new thing. Apple’s iTunes Connect portal devs use to manage their iTunes content includes a pricing matrix which can “assist you with your pricing decision.”

As seen above, the system allows developers to schedule price tier changes for their apps and in-app purchases over time, which is useful for time-limited discounts and promotions.

My only worry is that some developers could take advantage of the new tiers to make their non-U.S. App Store items more expensive due to currency exchange rates.