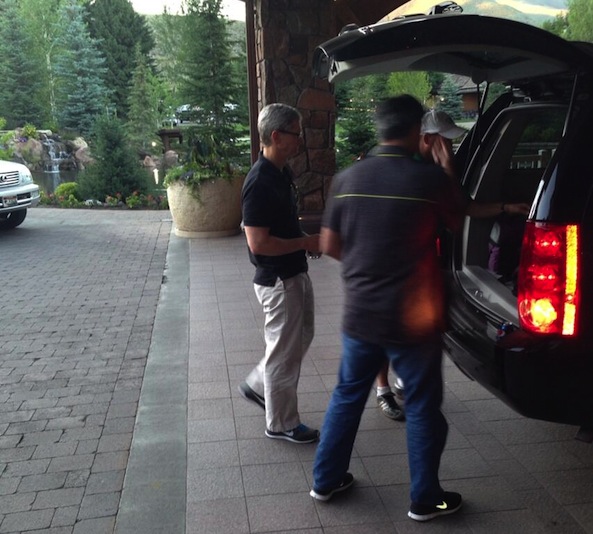 Last year, the war between Apple and Google reached epic proportions. Not only were the two squaring off in the mobile platform space, and in the courtroom, but Apple actually booted Google’s YouTube and Maps apps off the pre-installed list in iOS.

But things are calming down between the two tech titans, according to Google’s Eric Schmidt. The executive chairman had nothing but nice things to say about the iPad-maker, telling reporters at the Sun Valley retreat that he “has a lot of respect for Apple…”

“Eric Schmidt, the search provider’s executive chairman, said the companies are getting along better after they clashed over mobile software on the iPhone last year. Schmidt, who left Apple’s board in 2009, said he has “a lot of respect for Apple,” while speaking to a group of reporters today at Allen & Co.’s annual conference in Sun Valley, Idaho.”

Tim Cook and his SVP of Internet software and services Eddy Cue are also attending the Sun Valley conference this week, alongside nearly 300 other executives. And apparently the CEO crossed paths with Google’s chief business officer Nikesh Arora at one point.

“We got Tim to smile,” Schmidt said. “Always a good thing.”

As for the future of Apple and Google’s relationship, Schmidt says that the two sides are in “constant, constant business discussions” over a number of various issues. And he finishes the interview by noting they’re just “two proud, well-run, different companies.”