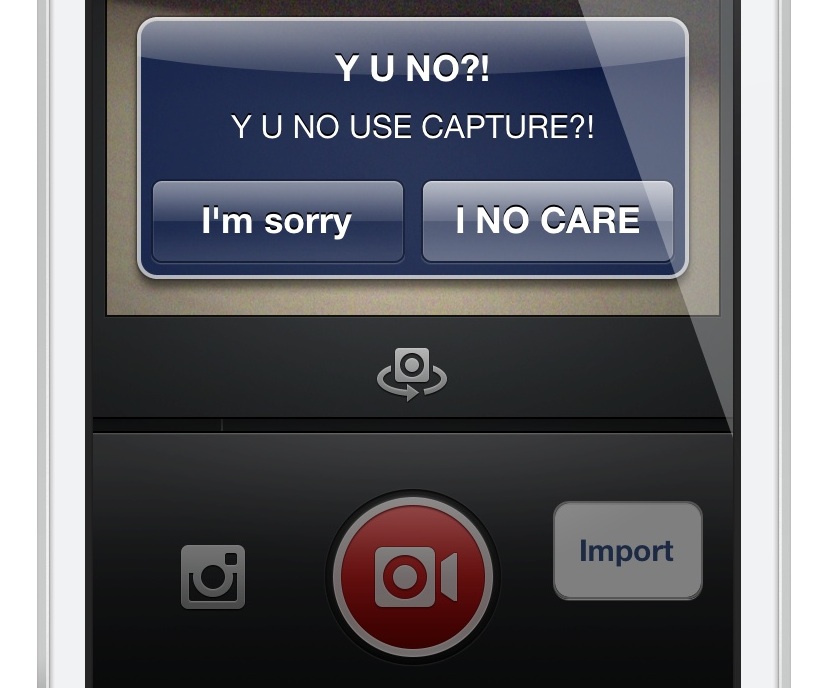 I think it’s safe to say that Instagram’s foray into video, as delayed as it may have been, has turned out to be a resounding success. Many of the folks I follow on Instagram have happily embraced the new video feature, and services like Vine have suffered as a result.

Now it’s time for the jailbreak community to have their say. The first jailbreak release to alter the functionality of Instagram video is InstaChooser. InstaChooser is a tweak that allows you to import videos from your device’s Camera Roll right into Instagram. This allows you to mix and match video created outside of Instagram along with the service’s own video authoring tools.

InstaChooser is not perfect, but it works decently enough to suit the needs of those who absolutely must have importing capabilities. Have a look at our full video walkthrough inside for the details…

After installation, you’ll notice a new button on the video authoring page for importing video from the Camera Roll. The design of the tweak leaves much to be desired, as it sticks out like a sore thumb next to Instagram’s slick UI. Importing video is fairly seamless, even if you do have to deal with ridiculous prompts each time you wish to insert an outside clip (see our video above to see what I mean).

InstaChooser does feature a preference panel, but it contains nothing more than a simple kill switch, and that kill switch requires that you close out of Instagram each time you use it. Again, it’s not the most elegant experience, but this is pretty much the only option for those that wish to insert outside video.

The actual process for importing outside video works well, but it’s not without its own set of shortcomings. First of all, you can only insert video, not images. That should go without saying, but inserting images will cause the app to crash. InstaChooser does allow you to insert more than one clip at a time, but if the total is longer than Instagram’s 15 second limit, the app will crash before publishing. The app will also crash if you don’t have at least some of the content created from within Instagram. Lastly, I should mention that during the cover selection, only the material created within Instagram can be seen. In the end, your outside clip will be uploaded for all to see.

With everything taken into account, InstaChooser feel very much like a hack that was thrown together in haste to accommodate someone’s needs. It feels like it was quickly developed and hastily released without much polish or testing going into the process. Yes, it works, but it’s a very crude process filled with anomalies, annoying and repetitive prompts, and of course, crashes. In other words, proceed at your own risk.

If you want to give InstaChooser a try, then venture over to Cydia’s BigBoss repo where it can be downloaded for $0.99. Obviously, you must have Instagram installed on your device with the latest video support updates in order to successfully take advantage of InstaChooser’s import feature. Let me know what you think about InstaChooser in the comment section below.