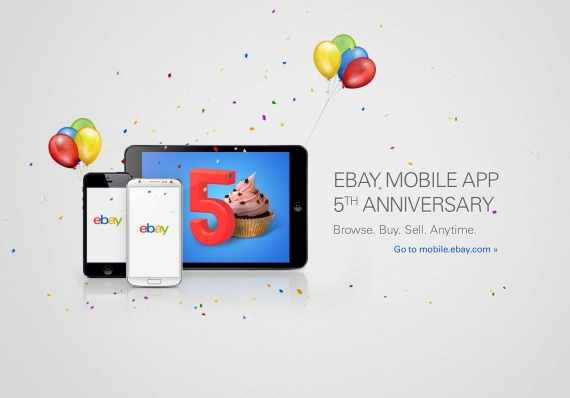 Mobile apps have in no time become a true addiction in our smartphone-obssesed society. We use them day in and day out – to the point where we can’t imagine our lives without those lickable Home screen icons. As Apple gave each user five premium apps and games for free as part of the App Store’s fifth anniversary, eBay too celebrated the occasion by conducting an informal survey that challenged 200 iPhone owners with surviving four days without their favorite apps…

Believe it or not, over one-third of the participants weren’t able to make it through four days without using an app, with some feeling “naked, powerless and lost”.

When given back their apps, more than half (55 percent) felt happier and 40 percent felt more productive.

Some of the quotes from the participants:

• There were times that I needed to use my camera. I have a little baby.
• Honestly, I felt naked and unprotected.
• I felt so lost for those four days of disconnect, that once using them again I was truly at peace.

While it’s virtually impossible to imagine living without mobile apps, keep in mind that just five years ago the word ‘app’ didn’t exist and we were strangers to the concept of running custom apps on our cell phones.

Here’s a cool infographic by eBay that sums up survey highlights.

eBay’s free iPhone app was among the 500 pieces of software available since day one of the App Store’s debut on June 10, 2008. You may also want to check out the excellent PayPal/PayPal Here iOS client and other eBay apps on the App Store.

Since 2008, eBay’s suite of iOS apps have collectively been downloaded an incredible 162 million times.

“We at eBay owe a lot to Apple’s success with the App Store and iOS operating system,” eBay wrote in a blog post.

And how’s this for a testimonial?

Not only did our apps generate $13 billion in GMV last year (more than double what we generated in 2011), but they’ve also allowed us to experiment, expand, and establish ourselves as the mobile commerce leader and change the way people are shopping and paying.

So, could you live without apps for a few days?