There are several key take-aways from a new report showing mobile advertising is exploding, set to surpass $9 billion in 2013. Despite a developed world saturated in smartphones, services for those devices continue to grow by leaps and bounds. Additionally, as we touched on Monday with the incredible success of Candy Crush Saga, the freemium app concept is red hot.

Such apps gain their popularity by being free up front, but earn their keep either through in-app purchases or advertising. According to the report by IAB and IHS, search accounts for 53 percent of mobile ad revenues, crystallizing what I’ve always thought: Google did not create Android out of some magnanimous gesture, but to keep ahead of the advertising curve…

“Mobile is coming into its own as a powerhouse advertising medium,” said Anna Bager, IAB’s Vice President and General Manager, Mobile Marketing Center of Excellence, in a statement via TechCrunch. 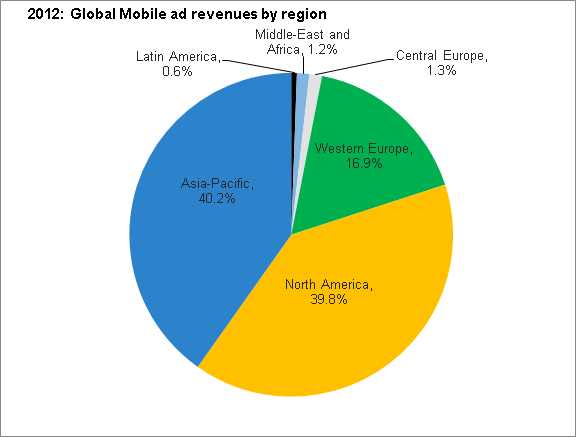 Additionally, while mobile advertising revenue in the U.S. rose 111 percent (and 92 percent in Western Europe) in 2012, in terms of regions, smartphone owners in the Asia-Pacific generated more than 40 percent of mobile ad revenue, according to the report.

North America was the source for 39.8 percent of mobile ads, while Western Europe accounted for just 16.9 percent. Search giant Google directly benefits from the finding that search accounted for 52.8 percent – or $4.7 billion of mobile ad revenue in 2012. 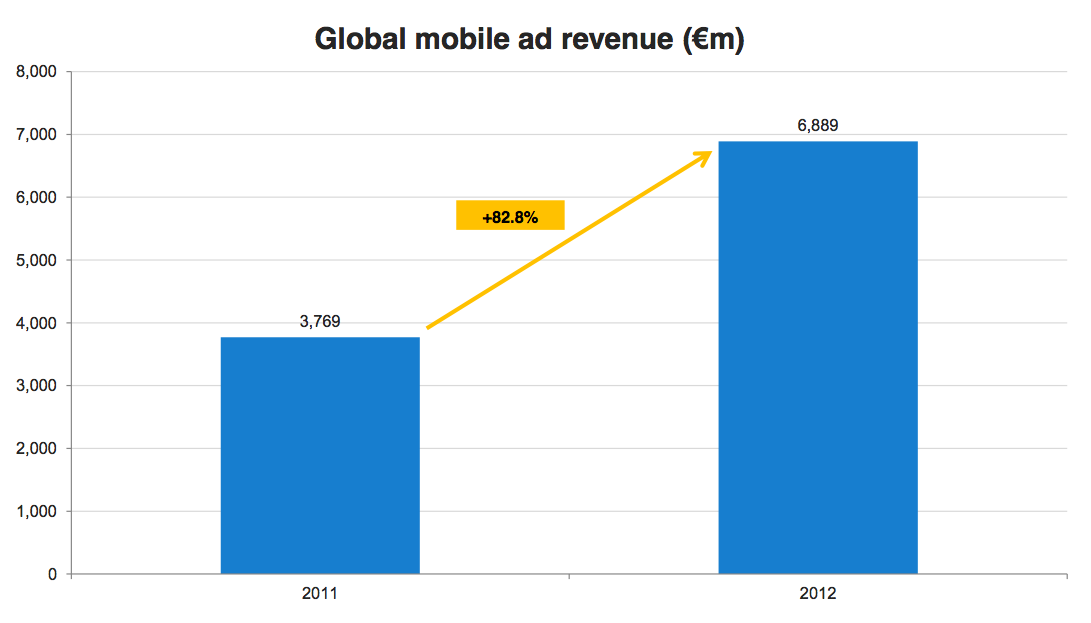 That means that Google, the worldwide leader in both search and in smartphones with its Android platform, remains on top.

This increasing mobile advertising revenue picture comes as handset users shift away from messaging (now just 8.5 percent of the mobile ad revenue mix) and toward an app-based culture.

At the pinnacle of that new culture is the freemium app, easily accessible to users without cost, often supported by advertising.

This latest report only confirms what we’ve been reporting for some time: advertisers, noticing consumers drift from print to television, now see a huge market: buyers who combine TV viewing with app usage.

Couple that with tablets – particularly the iPad – as ideal advertising platforms and you’ll likely see the mobile ad market going in only one direction: up.