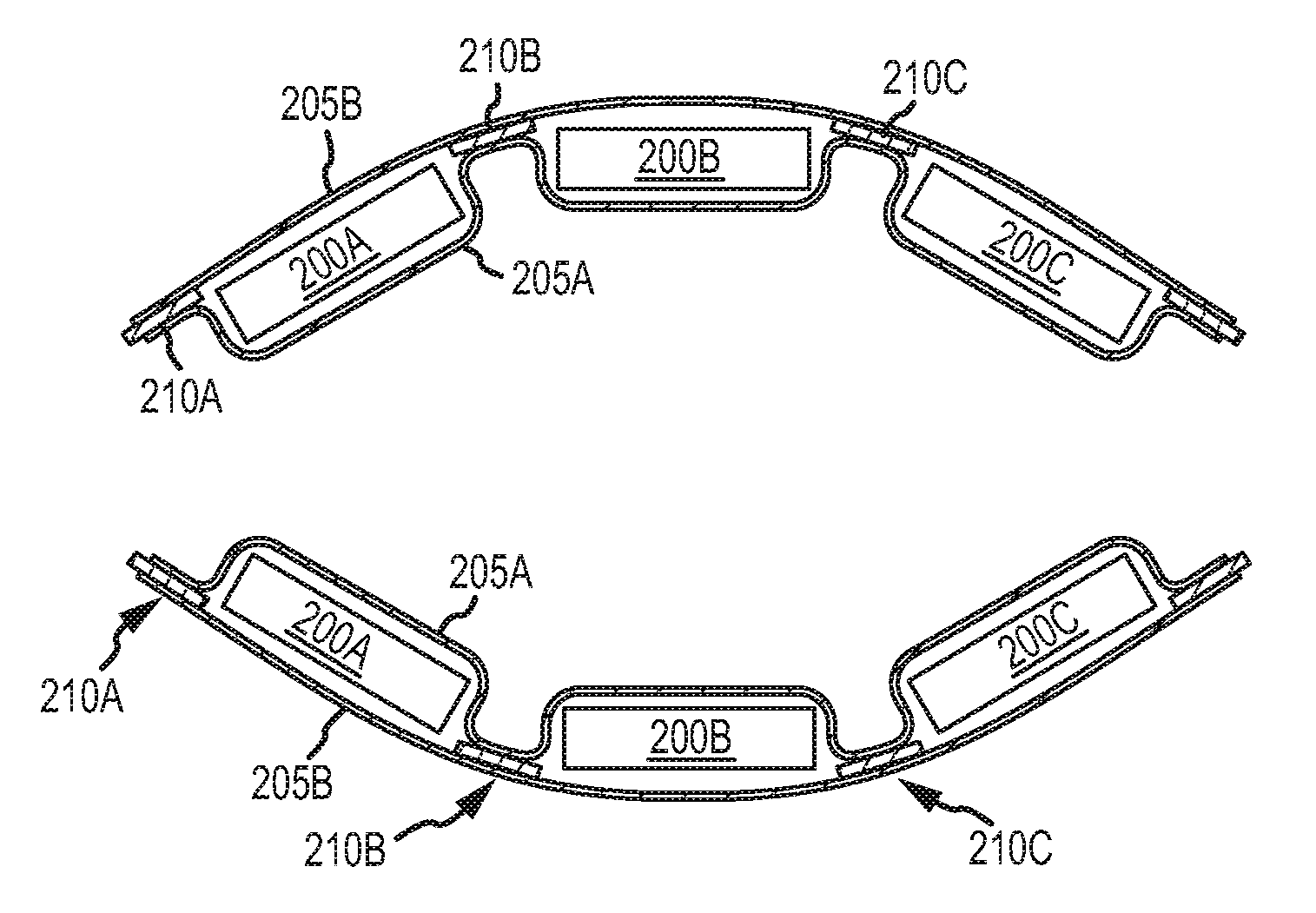 With iWatch trademarks linked to Apple spotted in places like Japan, Russia and a slew of other countries, it is no surprise speculation is intensifying that the iPhone maker is secretly developing a wearable gizmo of some sort. Another piece of the Apple smartwatch puzzle has now fallen into place as The United States Patent & Trademark Office (USPTO) published Friday a patent filing detailing a flexible battery design specifically conceived for a wristwatch and/or other bendable mobile devices…

The crux of the invention calls for coupling galvanic or photovoltaic cells between two laminate layers and using an adhesive to isolate the cells from each other. Such an arrangement would help in engineering battery packs that fit curved form factors.

It may also allow engineers to selectively remove one or more cells from the pack, “which may be desirable from a manufacturing perspective,” Apple writes. What makes Apple’s filing even more eyebrow-raising is the specific mention of bendable gadgets such as wristwatches.

The solution, Apple writes, may be employed in “wristwatches, calculators, laptop computers, tablet computers, and/or music players, to name but a few.” For what it’s worth, this is the first time Apple’s filings mentioned wristwatches in regard to curved battery designs.

The current iWatch prototypes – thought to run a version of iOS – are reportedly only going for a couple days max versus Apple’s self-imposed goal of at least 4-5 days between charges, per The Verge.

Reducing wasted space and accommodating curved designs would certainly help squeeze every last drop of power out of its flexible battery packs. Moreover, the design creates a more reliable product compared to conventional battery packs. For instance, should moisture or dust enter the cavity of a cell, only that cell would fail rather than the entire battery pack.

This isn’t the first Apple’s invention of this kind.

A pair of patent filings dated October 28, 2011 describe enclosing battery components in a flexible pouch that molds to a product. Those two patents are also meant to help shape a mobile battery so it fits better into a housing and reduce wasted internal space.