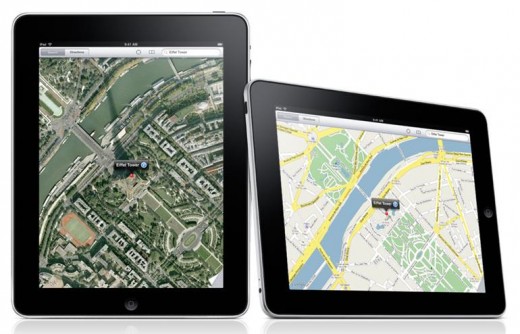 It’s nearly unthinkable: a technology firm bad-talking a rival to a prospective customer. That’s the heart of the latest claim by a location services company suing Internet giant Google for alleged patent infringement.

Skyhook Wireless is asking a court to compel Google to turn over documents showing co-founder Sergey Brin spoke badly of SkyHook’s GPS location technology. As part of a recent court filing, Skyhook charges Brin told Apple co-founder Steve Jobs that the iPhone maker could do better if it went with Google…

“Having apparently disparaged Skyhook’s technology to Apple, Google proceeded to then launch the same Wi-Fi based location technology by infringing Skyhook’s patent,” the court filing reads, via FOSS Patents.

Skyhook’s technology, which uses Wi-Fi hotspot beacons to triangulate locations without the need of GPS, was attractive to Apple in 2008. The first-generation iPhone, released just a year earlier, used location data supplied both by Google and Skyhook.

Apparently, Skyhook is alleging Google wanted the Apple contract all to itself.

Skyhook is seeking “certain documents” of Brin’s it believes will prove Google tried to convince Jobs to drop their company. The sales pitch by Google reportedly was made by Brin following a Macworld 2008 keynote speech by the then Apple CEO.

At the time, Jobs described Skyhook’s technology as “really cool.”

Unsaid is that Skyhook makes no direct connection between Brin’s sales pitch to Jobs and Apple dumping Skyhook for Google. Indeed, just two years later, in 2010, the iPhone maker dumped both companies, using its own location data as part of iOS 3.2 and the new-fangled iPad.

While everyone knows Google can be a tough competitor, it was the Skyhook lawsuit that brought to light Google’s iron-fisted control over Android, points out FOSS Patent’s Florian Mueller.

However, it’s not clear whether this new wrinkle will dent Google’s reputation any further or bring it to the negotiating table before the expected start of a 2014 trial on Skyhook’s patent-infringement charges.