There’s nothing like winning over your competitor’s hometown audience. Apple, accustomed to topping nearly every customer satisfaction survey, must take particular pleasure in being named best by smartphone owners in South Korea, home of rival Samsung.

The survey found even a year after purchase, iPhone owners were more satisfied overall, as well as happy with the repair experience. Customer satisfaction is an often-cited metric by Apple CEO Tim Cook, a quality in which some see him well-suited…

Perhaps the best award given Apple is the likely red faces of Samsung executives as the smartphone which the company has poured millions of dollars into defeating is picked by the Galaxy maker’s hometown crowd.

The survey details were cited by Naver and widely distributed via Google’s Translate service. However, a more easily-digestible overview is available at Apple Insider.

The tablet was given five out of five stars, 836 points out of a potential 1,000. In tablet category, Samsung came in second with 822 points. 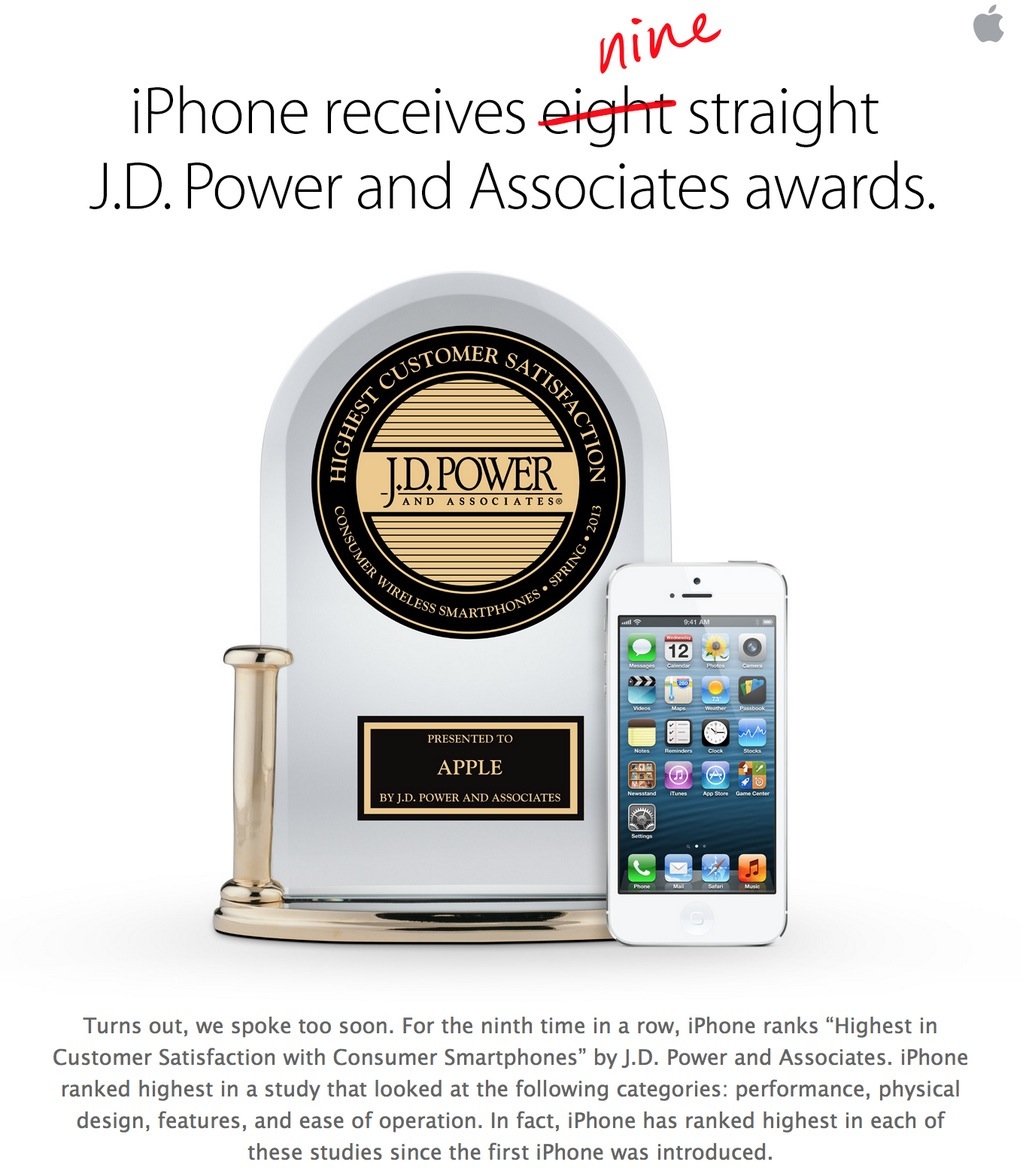 So much so that Cook will often refer to Apple winning the customer satisfaction war, seeming to publicly use the sales and marketing lingo once reserved for boardroom discussions.

However, as Apple enters an era of tighter profit margins, lower-priced products and greater competition, keeping an eye on customer satisfaction can mean the difference of consumers purchasing new devices and developers producing buzz-worthy apps.

Since Cook originated from the nuts-and-bolts area where customer satisfaction is directly tied to sales, Apple’s current CEO seems to perfect pick to lead the company into a post-Steve Jobs era.