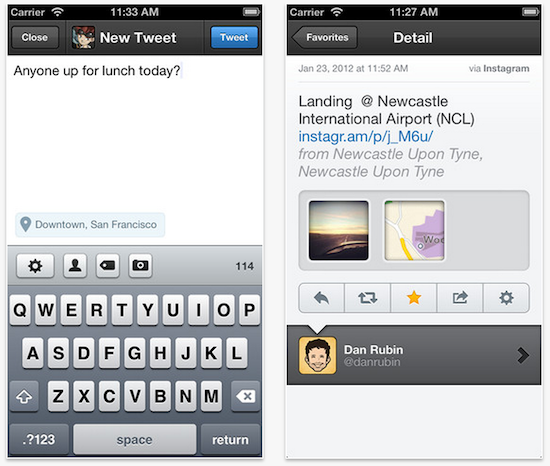 Facebook caused quite a commotion last week when they unveiled a new Instagram feature that allows you to capture and post 15-second videos. It was an instant hit, prompting users to upload more than 5 million clips in just 24 hours.

My Twitter stream has since been flooded with Instagram videos, posted by everyone from celebrities to tech pundits. And unfortunately, because I use Tweetbot, I haven’t been able to watch them in-app. But that changed this afternoon…

Tapbots posted updates for their iPhone and iPad Tweetbot apps today, bringing them both to version 2.8.2. The change logs for the two releases are tiny, with just two items listed, but both include support for Instagram’s new video clips.

The update comes just one week after Facebook debuted the new feature, continuing the Tapbots tradition of quick support. You may recall that it added support for Twitter’s new Vine video service about a week after it was introduced.

If you’re interested in grabbing the new version of Tweetbot, you can find the iPhone and iPad apps in the App Store for $2.99 (each).