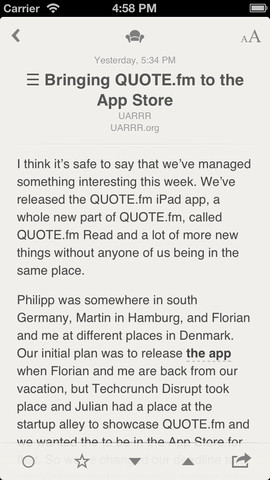 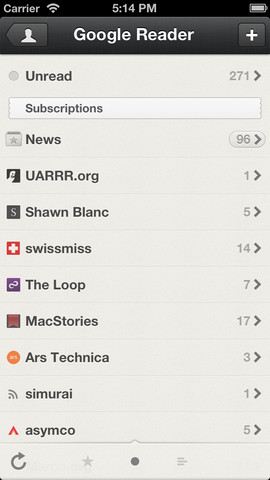 Whenever I feel like skimming through my RSS feeds, I turn to Reeder, Silvio Rizzi’s excellent RSS client for the iPhone and iPad. I’ve been using it for years now and with the impending July 1 Google Reader shutdown, Silvio figured he could kick his value proposition up a notch by making Reeder for iPhone free. In addition, he’s busy working on the next update which will enable a number of Google Reader alternatives such as Feedly, Wrangler and others…

The new Reeder version 3.1 introduces support for Feedbin, its first third-party sync service as an alternative to Google Reader. And in addition to the obligatory bug fixes, this edition of Reeder now comes with pull-to-refresh and the ability to use the app as a standalone reader, no syncing required. 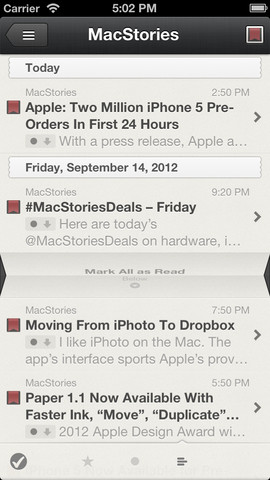 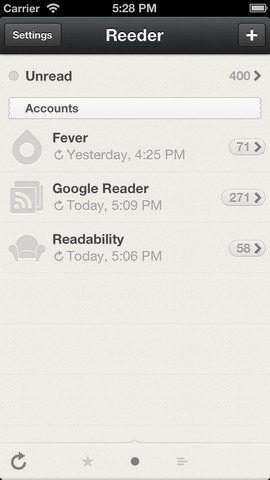 According to a blog post, Reeder for iPhone 3.2 has already been submitted to Apple. Although it won’t be ready before the July 1 Google Reader cut-off deadline, the upcoming release will enable a number of Google Reader alternatives, like Feedly, Feed Wrangler and Fever.

As for Reeder for iPad and Mac, he’s working on getting these out as soon as possible. Because adding other services to the current versions of these apps is anything but easy, the next version of Reeder for iPad/Mac will be released as new downloads.

Because the current versions of Reeder for iPad/Mac  only work with Google Reader, he’s going to remove them from the App Store on July 1.

Considering Reeder for iPhone used to set you back three bucks, don’t miss out on this opportunity to grab this premium iPhone RSS client free of charge. A separate iPad version of Reeder is also a free download from the App Store. As for the Mac build, it’s available on the Mac App Store free of charge.

Have you used Reeder yet?

It’s one of the rare apps that deserve five stars, if you ask me.