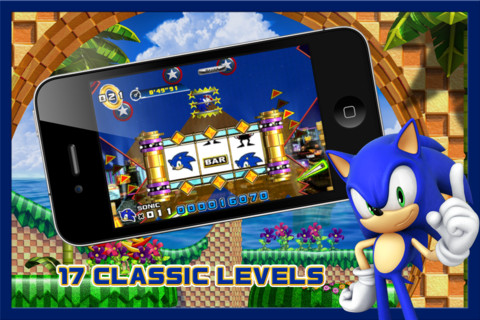 If you’re anything like me, you’re a heavy gamer who plays tons of games on your iDevice – and on a pretty much regular basis, too (or at least when the time schedule permits).

That’s why I’ll only make a passing mention of productivity deals like Readdle’s premium Calendars+ going free for a limited time.

If that fell on deaf ears with you, don’t despair – iDB has you covered as games maker Sega has slashed all its Sonic games on the App Store to just 99 cents.

The promotion includes the original Sonic The Hedgehog along with the second and fourth installment, as well as Sonic & SEGA All-Stars Racing and Sonic CD. Jump past the fold for quick details…

This promotion started yesterday and I can’t tell how long before the prices go up again so hurry up and act now if you’re a Sonic fan.

To check out all the goodies Sega has on offer on the App Store, follow this iTunes link.