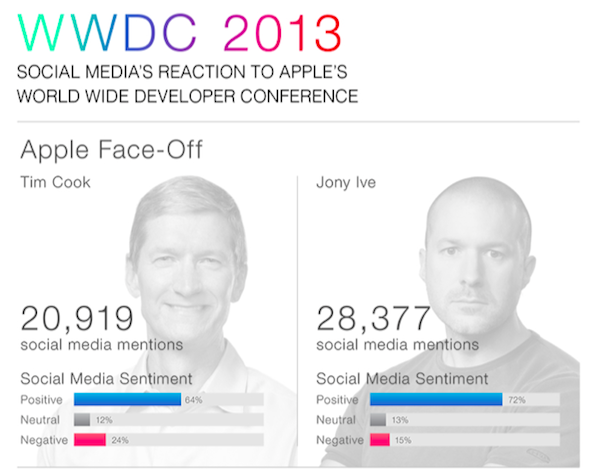 I follow quite a few developers, tech sites, tech writers and other worthwhile pundits on Twitter. So as you can imagine, my Twitter stream has been filled with talk of iOS 7, Jony Ive, and pretty much all things Apple over the past week.

And as it turns out, I’m not alone. According to a report from social media analytics firm Viral Heat, Apple was the talk of most major social networks last week. For example, over 400,000 tweets mentioned iOS 7. Infographic time!

Viral Heat posted the following graphic yesterday (via Fortune) that breaks down the social media conversations people were having during Apple’s World Wide Developer Conference last week. And the data presented is fairly interesting. 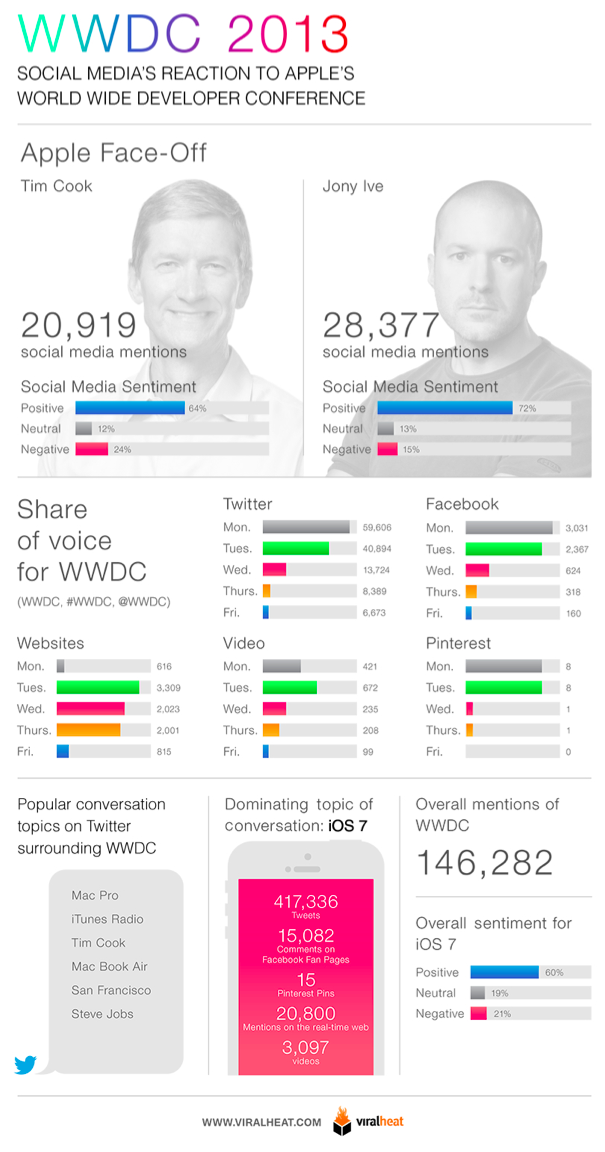 We can glean a few things from the above data. For instance, the ‘60% positive’ figure suggests that most people are happy with the changes Apple has made in iOS 7. You certainly wouldn’t know that looking at the latest news headlines.

You can also see how much of a celebrity Jony Ive has become at Apple. The newly appointed SVP of Design, who is largely responsible for iOS 7’s new look, garnered 10,000 more social media mentions than the company’s CEO Tim Cook.

Of course, none of this is really surprising. But after a company like Apple has a big week like they did last week, it’s always interesting to see what people are talking about. And looking at Viral Heat’s data, most folks walked away impressed.