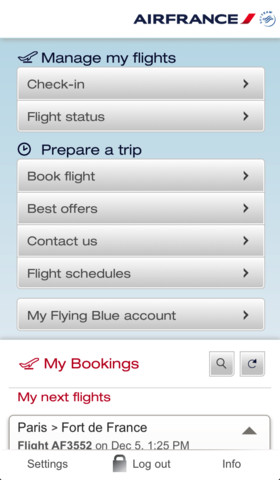 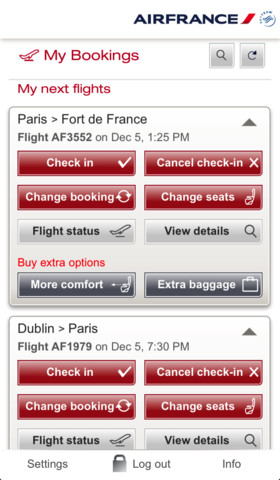 From the onset, the world’s airlines were sold on Apple’s Passbook, an iOS feature that debuted as part of iOS 6 launch last Fall. And it’s easy to see why. The application keeps your digital boarding passes handy and simplifies checkins with barcodes and other goodies.

Flight and gate changes can be delivered to users’ Lock screen in real-time. Additional handy alerts pop up when you’re near the gate or when your flight is about to departure.

With the likes of American Airlines, British Airways, Alaska Airlines, Qantas, EasyJet, Delta and many others having deployed Passbook support, small wonder that Air France has now jumped on the bandwagon.

On Tuesday, the French airline has updated its iOS app with support for boarding passes via the Passbook system…

“Passbook is now available to store your boarding pass on your iPhone,” release notes for Air France Mobile version 4.5.1 mention.

Of course, your Passbook boarding passes are supported on iOS 6-enabled iPads and iPods and Macs running Mountain Lion as well, and are available across all your devices through automated iCloud syncing.

If you plan on travelling via Air France, you can download their iOS application free from the App Store.