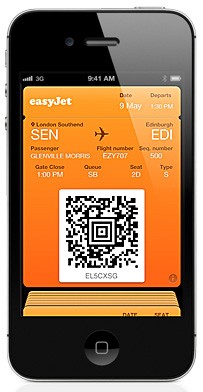 EasyJet is the largest airline in the United Kingdom, measured by the number of passengers carried. They operate domestic and international scheduled services on over 600 routes across more than 30 countries.

While EasyJet may have arrived a little late to the Passbook party, today the company has updated its iOS app with much-needed support for Apple’s Passbook solution, introduced last September as part of the iOS 6 software.

According to TUAW, the move comes days after easyJet announced that it is eliminating check-in desks at airports.

A news release states that mobile check-ins and Passbook boarding passes are available through an update to the EasyJet iOS app.

“For now we’re trialling it for flights departing from 6 airports – Amsterdam, Edinburgh, Manchester, Nice, Southend and Stansted,” the company confirmed.

Upon adding your EasyJet boarding pass to the Passbook application, just present it for scanning at the Bag Drop desks, security checkpoints/gate and when boarding the aircraft.

Should the initiative prove fruitful, EasyJet will roll out Passbook boarding passes to other airports operated by their partners.