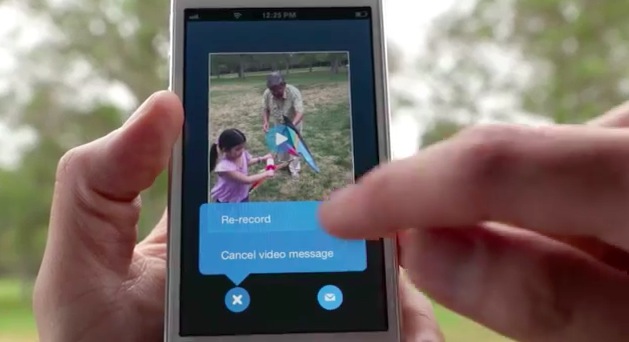 Microsoft-owned Skype started testing out Video Messages in mid-February. The new feature is meant to let Skype users send short video snippets to each other up to three minutes long, even when offline. Now out of beta, Skype Video Messaging is available to everyone via a free update to Skype mobile and desktop apps across Windows, Mac, iOS, BlackBerry and Android platforms. Here’s a closer look at Skype Video Messaging and how to use this new capability on your devices…

According to a blog post by the Skype team, Video Messaging basically lets you record a short video message to share with your contacts, even when they’re offline.

The video messages can be up to three minutes long and your contacts will be able to view these inline as soon as they sign into Skype on any platform. Only the contact you’ve chosen to receive your video message can view it.

To record a video message, just tap the new Video Message button and then tap the record button to start capturing your three-minute clip. When done, hit the envelope icon to send your video message to the recipient.

According to a FAQ, sending video messages requires an iDevice running iOS 5 or higher. The original cameraless iPad can of course only receive video messages, not send them.

To start messaging your friends using video for free, just update Skype for the iPhone, iPad and Mac. You can also grab a free Skype update for Android or BlackBerry devices, in addition to Skype for Windows desktop and Windows 8 devices.

Microsoft paid a whopping $8.5 billion for Skype in May 2011, prompting criticism over the high price tag.

However, the Windows maker has quite cleverly been leveraging the popular VoIP platform, incorporating  Skype since deep into the bowels of its Windows Phone software.