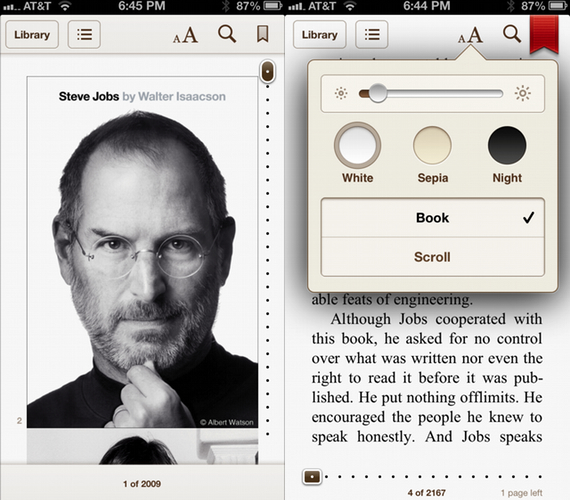 In a dose of irony that shouldn’t be lost on anyone and at a time when Apple’s Eddy Cue is being hauled before the U.S. Department of Justice in Manahattan, Apple’s Senior Vice President of Internet Software and Services has admitted that Apple co-founder and then CEO Steve Jobs didn’t even want to sell e-books in the first place.

Speaking whilst testifying during the ongoing price fixing case yesterday, Cue said that when first approached about the idea of launching iBooks, Steve Jobs was not keen on it, leaving Cue to bide his time before broaching the subject again.

In fact, it was only with the release of the iPad fast approaching that Jobs realized that iBooks may be a good idea after all, and the rest as they say, is history…

Cue says that he first made the suggestion of entering the e-book market back in 2009, but that the Apple CEO “wasn’t interested.” Deeming the iPhone too small to read books on and the Mac simply not suited to the task, it wasn’t until the November before the iPad’s January 2010 unveiling that Jobs came around to the idea of selling books. Cue was then tasked with the job of getting publishers on board.

“When I got my first chance to touch the iPad, I became completely convinced that this was a huge opportunity for us to build the best e-reader that the market had ever seen,” Cue said. “And so I went to Steve and told him why I thought [the iPad] was going to be a great device for e-books. … and after some discussions he came back and said, you know, I think you’re right.”

Cue obviously set about his task with typical gusto, especially with the knowledge that Jobs was nearing the end of his life and that the Apple CEO wanted to launch iBooks on stage himself.

Cue is now tasked with the job of defending Apple against claims of price fixing in the e-book market, an accusation that the company vehemently denies.