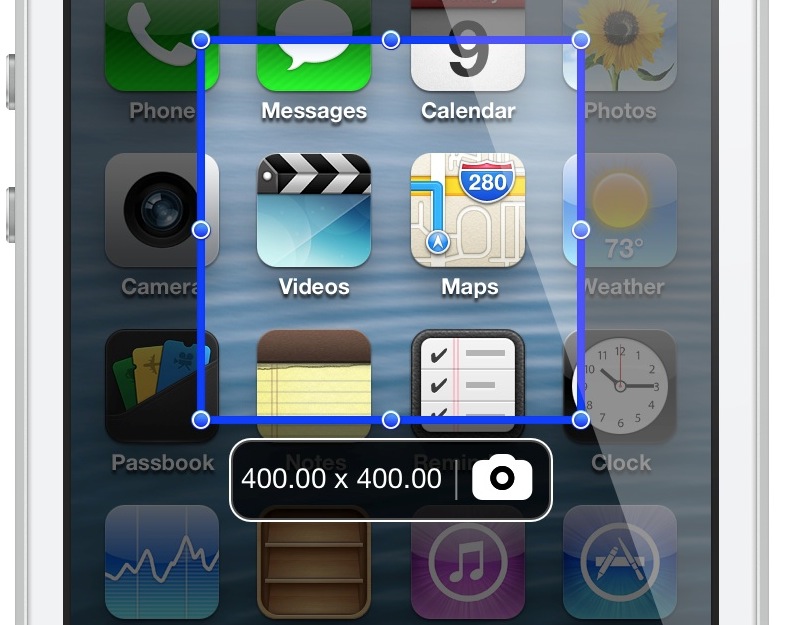 The tweak is enabled using a standard Activator gesture, which brings up an overlay on the screen. The overlay features drag handles that can be used to adjust the dimensions of the screenshot in question. For those of you who want to get exact dimensions, there’s a dimensions readout right below the screenshot area, and next to the button used for taking the screenshot.

Needless to say, this is a tool that can be very time saving if you take a lot of screenshots on your iOS device. Take a look at our video walkthrough inside for more information.

After installation, you’ll need to venture into the Activator settings to assign an Activator gesture to ScreenshotPlus. Once the Activator gesture is assigned, invoke ScreenshotPlus, and you’ll notice the overlay appear on your screen. To take the pre-cropped screenshot, adjust the drag handles to your desired screenshot area, and tap the camera icon to take the screenshot. If you’re someone who doesn’t care at all about the exact dimensions of the screenshot in question, then you can venture into ScreenshotPlus’ preferences to toggle the dimensions overlay — its lone setting.

ScreenshotPlus is a bloggers dream, and can save you the time it takes to crop screenshots by allowing you to do so in advance. If you’re interested in taking it for a test drive, then head over to Cydia’s BigBoss repo where it can be purchased for $0.99. What do you think?