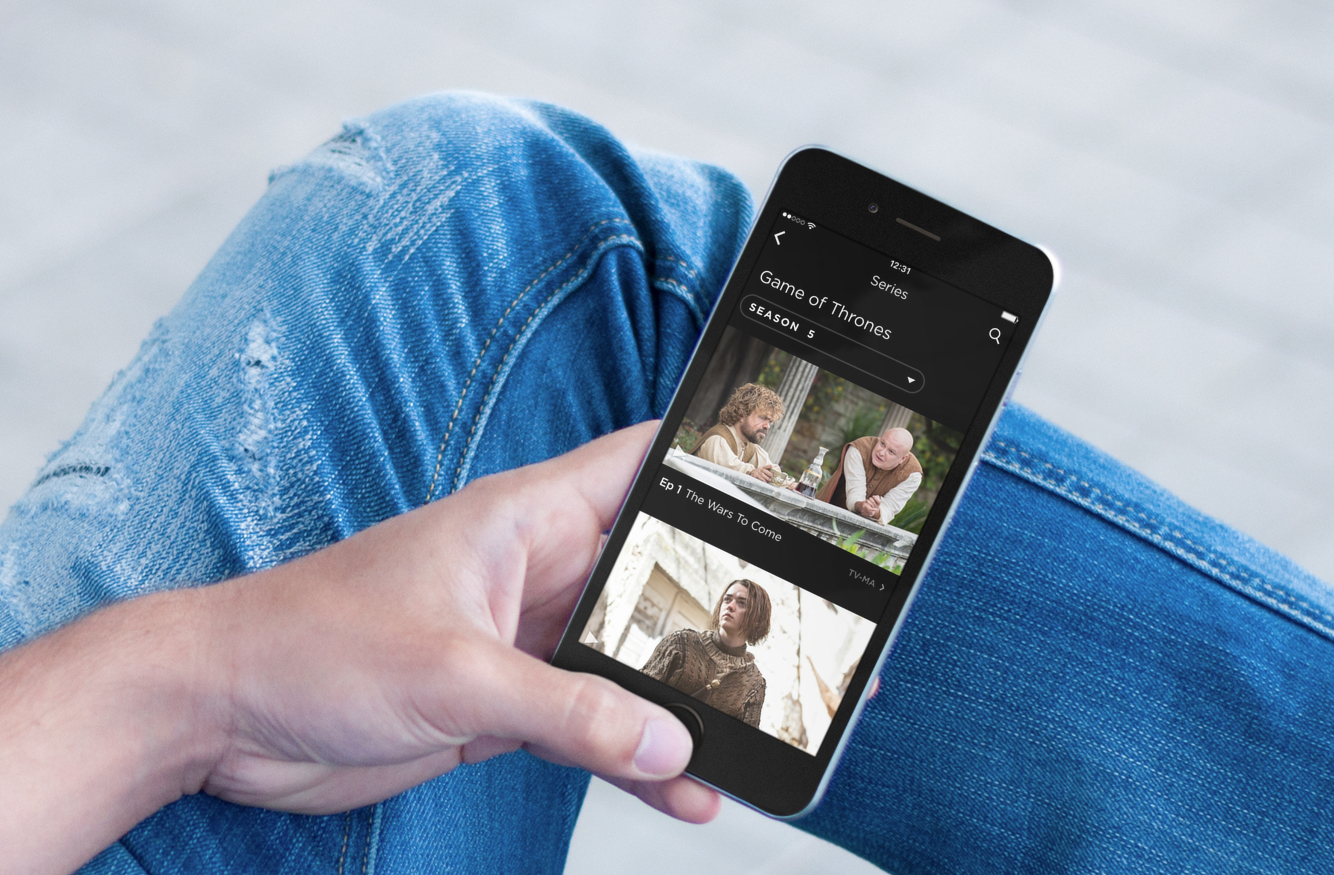 Over the past few years, cable channels have really jumped on the on-demand bandwagon and now offer premium content available on the iPhone, iPad, and Apple TV. If you have a cable subscription, the entertainment-viewing world is your oyster.

I am one of those people who has “cut the cord” of cable television. Actually, I never had the cord in the first place. I’ve just managed to get by on broadcast TV. When the nation went digital, I didn’t even get a converter box for my TV set. I spend most of my media-watching time on Netflix or Hulu Plus on my Apple TV.

However, there are times when watching television is necessary for me, like when there is an earthquake (which actually happened in Sacramento a few weeks ago) or following the presidential elections. For those times, I go to my iPad or iPhone.

Whether you’ve cut the cord on cable and need a way to watch broadcast television, or want to take your favorite cable shows on the go with you, we have a list of apps to suit your needs

A&E: Cable subscribers have access to full episodes and clips from popular shows. You can also create customized playlists and see exclusive clips and deleted scenes.

ABC: Keep up on all your favorite shows, watch popular episodes on-demand, in some cities, take advantage of live streaming of the broadcast network.

AMC: So, maybe you were busy for the season finally of The Walking Dead and want to watch it before someone spoils the plot for you. Download this app, log in, and watch it on your lunch break without missing a beat.

Cartoon Network: Saturday mornings have never been so cartoon-a-rific. Watch your favorite animated series any time you’d like. Plus, with the recommendations feature, the app will build a show playlist based on what you watch.

CBS: Watch full episodes of the most popular programs, participate in discussions with others in the live social feed, personalize your show list, and check out pictures and cast bios of your favorite shows.

Cinemax: The same as HBO Go, but for Cinemax.

CNN: Follow up-to-the-minute news as it develops and watch live video of events. Be an iReporter by uploading your own photos and videos of the news from your point of view.

Comedy Central: Comedy Central’s nighttime lineup may have had a shakeup in 2015, but that doesn’t mean the channel isn’t still flowing with great content. With this app, you can watch current shows on-demand, older shows that you still love, and stand-up events. Plus, watch in real-time.

Cooking Channel: Food. What more could a person want? Watch full episodes of the cable channel’s content whenever, wherever. Plus, stream the Cooking Channel’s schedule live.

CW: Stream full episodes of your favorite shows, up to the five most recent releases, connect directly through Facebook and Twitter for social integration, watch bonus clips, see photos, and view the broadcast network’s schedule.

Discovery Channel: Access premium bonus content with Discovery Plus, the app’s second-screen featured. Plus, watch clips and even full episodes of the network’s most popular shows.

Disney Channel: Cable subscribers can watch popular programing on demand from any iOS device, including syncing so you can pick up where you left off anywhere.

ENCORE: Same as STARZ Play (it’s from the same company), but for the Encore Channel.

Fox News: If you like Fox for one reason, its news program, you’re in luck. You can watch the broadcast network’s reports anytime, all day long. You can even get alerts of breaking news sent to you while you are offline.

FX: FX is that cable channel that once broadcast every single episode of the Simpsons in one go. If you want to relive that experience, or do the same with other content from FX, FXX, or FXM, this app has it all.

HGTV: If you secretly long for the chance to remodel your home, but don’t want to put out the effort, sit down with the Home & Garden’s network channel and watch other people do it. You can stream the channel live, and watch episodes of original content on-demand.

History: The same as A&E, but for the History Channel. Cable subscribers can also look up additional clips about the most fascinating categories of history.

Lifetime: The same as A&E, but for Lifetime.

Nick: Your kids will thank you when you log in for on-demand content from Nickelodeon. Plus, play fun games, watch exclusive videos, and participate in bite-sized polls

Showtime: Cable subscribers have access to every single episode of a dozen exclusive Showtime TV shows, plus championship boxing and 60 Minute Sports.

STARZ: Get access to entire original series from the star-studded cable network. Watch full shows from past seasons anytime. Plus access brand new episodes of current seasons the day after they air.

Syfy: Cable subscribers can log in and watch the Syfy channel in real-time from their iPhone. Plus watch shows and movies on-demand, as well as behind-the-scenes content and interviews.

TBS: Remember when the Sunday night lineup included such cartoon sitcoms as Family Guy, American Dad, the Simpsons, and Futurama? Well, you can bring back some of that nostalgia with this app, which also gives you access to The Big Bang Theory, as well as live Major League Baseball games and award shows.

TCM: Film buffs will appreciate that this app is filled with Turner Movie Classic’s best content. You can either watch the channel in real time on East or West Coast time, or pick from thousands of on-demand movies and short films. There is also a plethora of interactive content you can access while watching these talkies.

TLC: Watch full episodes of popular shows, read summaries of each show and what time it airs. See daily video clips and tag your favorites for viewing later.

TNT: With TNT, you can get your crime drama fix. The app includes exclusive extra conent like behind-the-scene videos and webisodes. Watch NBA games live and full movies on-demand.

truTV: Although the reality TV show craze has died down, there are still some shows that we can’t help but get addicted to. Watch as real people awkwardly experience life on-demand, or in real-time on the East or West Coast.

USA: Cable Subscribers can join in on Character Chatter to discuss currently playing shows, start a FaceTime chat with other fans, and get real-time polls and trivia about your favorite programs.

If you’d prefer watching your favorite shows from your favorite channels all in one place, go the direct route through your cable provider’s official app.