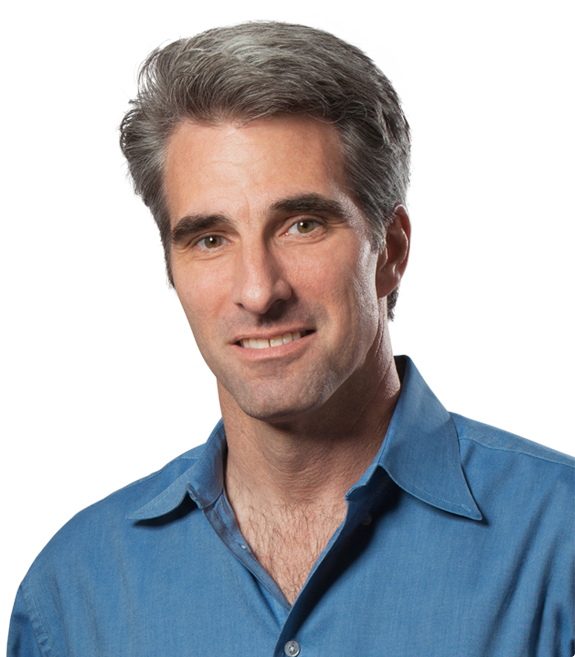 Despite the decidedly polarizing reactions to the completely redesigned iOS 7, most folks seem to agree that Apple’s WWDC keynote on Monday was a success. It showed off new software, new hardware and even gave folks a sneak preview of its unfinished Mac Pro.

And the whole team looked confident. Every executive that took the stage did a great job—particularly the relatively unknown Craig Federighi. Apple’s newly-appointed head of software seemed to be a crowd favorite as he introduced everyone to the future of OS X and iOS…

Federighi’s official title is Senior Vice President of Software Engineering, and he oversees both the OS X and iOS teams. He took over the position last fall, as part of Apple’s executive shakeup that saw Scott Forstall ousted and Jony Ive made head of human interaction. 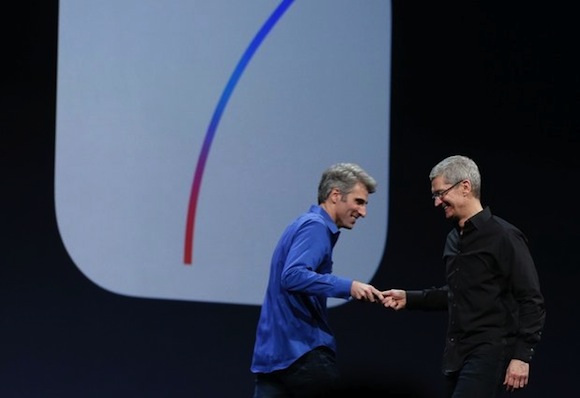 But he looked like a veteran on stage during the keynote, cracking jokes about Apple’s previous design follies and demonstrating some impressive new features from the company’s new desktop and mobile OSes. In fact, The Wall Street Journal calls him ‘Apple’s rising star.’

“A new frontman for Apple Inc. AAPL -0.29% is emerging. At the company’s annual developers conference Monday, little-known executive Craig Federighi got the most airtime during the keynote—and strong reviews.

With the spotlight came an important task for the senior vice president of software engineering: maintaining the loyalty of developers and impressing technology insiders with Apple’s latest software and designs.”

In fact, he worked right alongside Scott Forstall. Craig worked on databases, while Forstall worked on consumer software. And they moved to Apple together when it acquired NeXT in 1997. He left soon after the transfer, but returned in 2009 to head up the OS X team.

And he’s been super busy since he took over the mobile team last October. Jony Ive may get the credit for the look of iOS 7, but it’s said that Federighi brought it all together. Quoting an anonymous source, the WSJ says his leadership was key in hitting the WWDC deadline.

So that’s Mr. Federighi in a nutshell. For a more in-depth look at Apple’s newest rockstar, I recommend reading The Journal’s full profile on him. But if nothing else, remember the name and learn how to spell it. I think we’re going to be seeing a lot of him in the future.