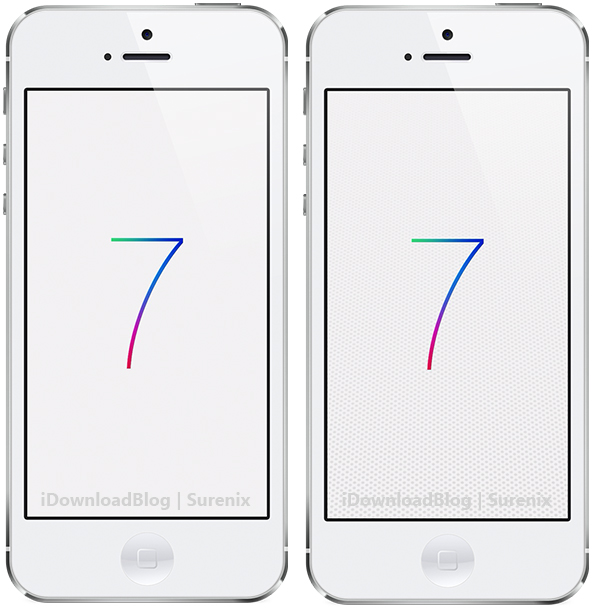 If you follow the jailbreak community closely or happen to be an avid iDB reader, you are sure (pun intended) to have heard of Surenix. He is quite the well-renowned graphic artist, having worked on recently popular tweaks, such as Atom and MiniPlayer, and developing the Evasi0n logo for the Evad3rs jailbreak team.

Earlier today, we were able to see photographs of the newly hung banners at the Moscone Center in San Francisco for the upcoming WWDC conference. The graphics are simplistic and flat, which correlates nicely with rumors that iOS 7 will change after the crowning of Jony Ive as the new SVP responsible for both software and hardware enhancements.

After these banners were highlighted through the blogosphere, Surenix picked up the design and has released iOS device wallpapers for everyone to enjoy…

To pick up your copies of each wallpaper, click the version in the list below to be taken to a full resolution image. Once you have nabbed your wallpapers, make sure to hit up Surenix and thank him for his creativity and generosity.

Direct link to the .ZIP file

What do you guys think? I’m loving these wallpapers and hope you are too. Share the love in the comments below!