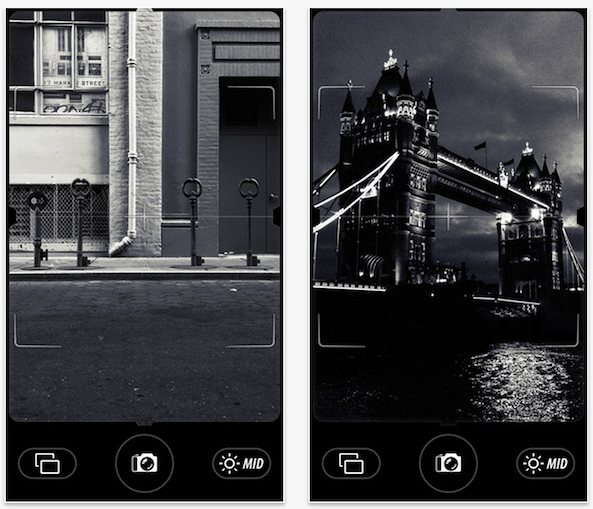 The camera app space has to be one of the hardest to break into in all of the App Store. Dominated by heavy-hitters like Instagram, and a selection pool of thousands of other options, you’d think it’d be almost impossible to stand out.

But the folks over at Pacific Helm think their new app Camera Noir has what it takes to distinguish itself from the competition. Using a tuned monochrome filter, it promises to help you take ‘stunning’ black and white photos…

“Camera Noir features a monochrome filter with three carefully-tuned settings that let you see the world in a classic way. You can easily shift focus and adjust exposure by tapping on your screen. Make sure nothing is left out of Instagram with square crop marks. And with the built-in level line, you know when your photos are balanced. You can even import existing photos from your camera roll.”

Despite its seemingly minuscule feature set, Camera Noir has gone somewhat viral since it released yesterday afternoon. And that’s not too surprising considering its San Francisco-based developers include well-connected Apple alumni. 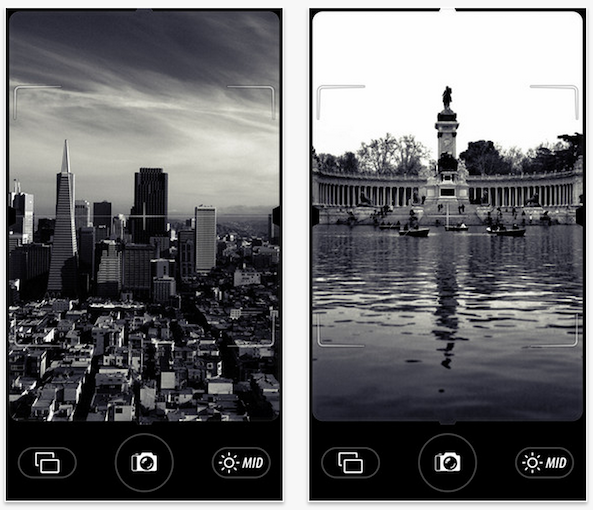 But I’m sure that it also has something to do with the fact that it’s actually a pretty cool app. Novelty or not, taking black and white photos of things you would normally shoot in color and add a filter to is quite fun, if not addicting.

And the quality is there. Not only does it look great, but it really does take gorgeous photos. Buildings and other objects appear sharp, and the lighting is generally spot-on. There’s also a digital level that changes color as you tilt your phone.

Anyway, if you’d like to see what all of the fuss is about, you can find Camera Noir in the App Store for $1.99. While some say that’s too expensive, I feel like it’s fair. It’s not cheap by any means. But it doesn’t look or act cheap either.

What do you think of Camera Noir?