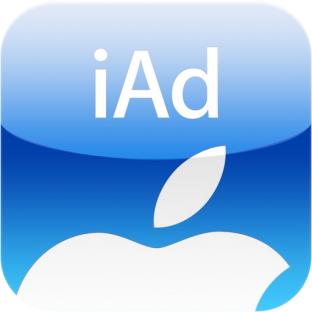 Remember iAd, Apple’s mobile advertising service that launched with great fanfare in April 2010? After more than three years, iAd doesn’t seem to be gaining traction due to high ad rates coupled with Apple’s strict requirements and its understaffed and inexperienced ad staff.

Realizing its pitfalls, the iPhone maker is reportedly working on an ad exchange service of sorts, one aimed at helping advertisers target users who browse web sites and use apps on an Apple device, be it an iPhone, an iPad or a Mac…

BusinessInsider heard from an unnamed marketing executive “who is one of the biggest players in online advertising” that the system lets advertisers target users “as they enter the Apple ecosystem” on their iPads, MacBooks, various web sites and apps.

The system would alert advertisers that an Apple user arrived. Any advertiser tracking that user with a cookie (a piece of software that records previous web sites you’ve looked at) could then bid to serve an ad targeting that user.

The report goes on to note that a lot of people in the mobile ad biz expect – “even want, Apple to launch one” –  perhaps inside iAd.

Whether the rumor pans out or not remains to be seen, but there’s no escaping the fact that Apple owns one of the highest-value consumers by the virtue of its business.

While nobody can touch Apple in terms of serving deep-pocketed customers with sexy gadgets, it’s rather surprising that Apple hasn’t yet found an effective formula to monetize its lucrative user base with ads.

An Adfonic survey, for example, notes that while Apple has retained its mobile ad lead, ads on Samsung devices are getting more clicks.

“It wasn’t about Apple making money,” he said at the D11 conference earlier this week, underscoring that the iAd isn’t “large enough to be core” to the company.

That may be true, but consider that Apple owns the user like no other company.

They have the products, vast amounts of data on users, the largest online media store, the most lucrative app platform, the most customers with credit cards enabled for one-click shopping, their own ad platform, the iTunes billing mechanism – everything.

All Apple needs to do is figure out how all those pieces can fit together in terms of advertising. Notably, Apple in January hired a former Adobe executive to run its iAd department.

If Apple is really launching its own ad exchange network, it better hurry up because Facebook already has one. On top of that, Twitter is said to be making a move soon in this space with a system in which buyers will be able to retarget users with ads.