There has been some commotion in the past 24 hours concerning a comment Tim Cook made during his D:11 talk last evening. Specifically, when asked to talk about Apple’s next big thing, tight-lipped Cook wouldn’t budge and instead reminded the audience that Apple’s June 10 keynote at the upcoming WWDC 2013 will be a launchpad for the next versions of iOS and OS X operating systems

“What I can say is that we have our developer conference in less than two weeks,” he said. “We’re going to be rolling out the future of iOS and OS X and we’re all super excited to do that.” Some commenters were quick to interpret Cook’s comment as a sign that WWDC after all might see a new iOS device launch. Not so fast, warns the prominent and very reliable blogger Jim Darlymple, known for his deep Apple connections…

Here’s the quote published on The Loop.

So, don’t expect an iPhone or iPad at WWDC.

And in the article’s footnote, Darlymple somewhat sarcastically cautions that “if you write a story after WWDC stating that since there was no iPhone or iPad, the keynote was a bust, you are just stupid.”

Indeed, Apple’s own media release announcing WWDC quotes marketing head Phil Schiller as confirming the firm will “get new versions of iOS and OS X” into the hands of registered developers at WWDC.

We recognized that Jony had contributed significantly to the look and feel of Apple over many many years, and he could do that for our software as well.

As for Darlymple, he’s been right many, many times in the past, even more so confirming/debunking crazy Apple rumors.

I guess we can take his ‘no new iPhone/iPad’ claim at face value, but it’s interesting how the comment opens the door to the possibility of some new Mac hardware introductions.

The Mac is still an important part of what Apple does, but I don’t know that Apple would hold a special event specifically for a Mac product anymore. If they did, it would have to be quite a spectacular product.

For me, the Mac products fit well with a Tim Cook keynote at WWDC. That’s all I really expect from Apple in the way of hardware at the conference.

The entry-level U-series chipset is capable of driving 4K resolution. 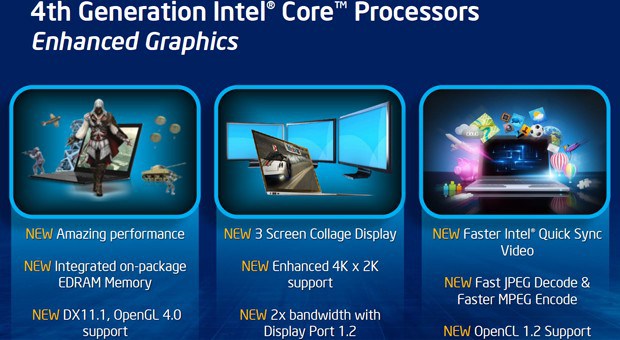 That chip also draws just 15 Watts of power, which is less than the chip powering the current-generation MacBook Air that draws 17 Watts of power. Theoretically speaking, Apple could tap the Haswell platform to build a Retina-grade MacBook Air, provided the notebook came with a power-savvy backlighting solution. 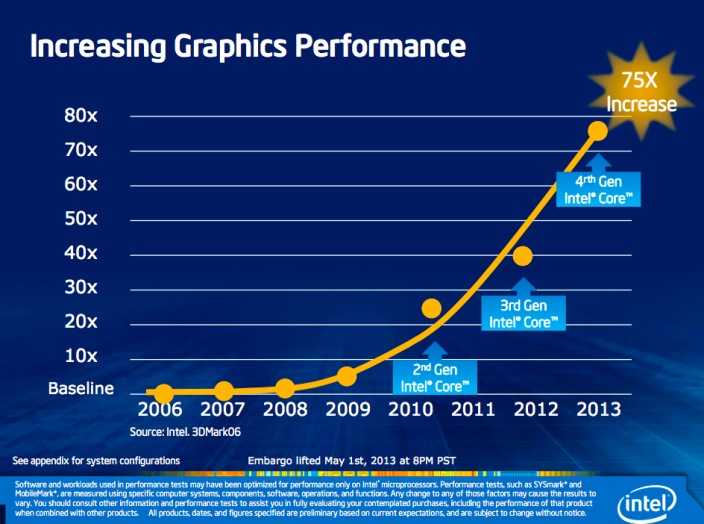 As for the desktop Haswell chips, a detailed performance test of a prototype Core i7 Haswell chip by Tom’s Hardware indicates up to a thirteen percent average speed jump compared to the equivalent previous-generation Ivy Bridge chips, with certain tasks recording up to a 75 percent performance gain. 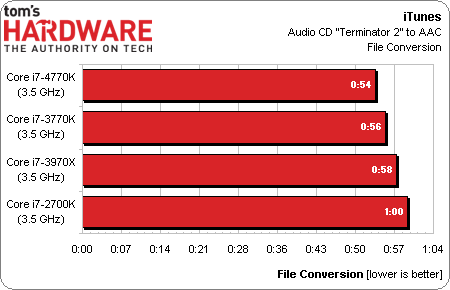 The benchmark also suggest nearly a 30 percent performance gain on the graphics front, thanks to the updated HD 4600 GPU.

Apple hasn’t refreshed its Mac Pro for ages so perhaps a rumored next-generation model will see the big unveiling at WWDC.

A Retina MacBook Air would admittedly make headlines as well. At the very least, WWDC could easily see a Haswell-related specs update across the MacBook family.

We’re less than two weeks until WWDC, by the way.