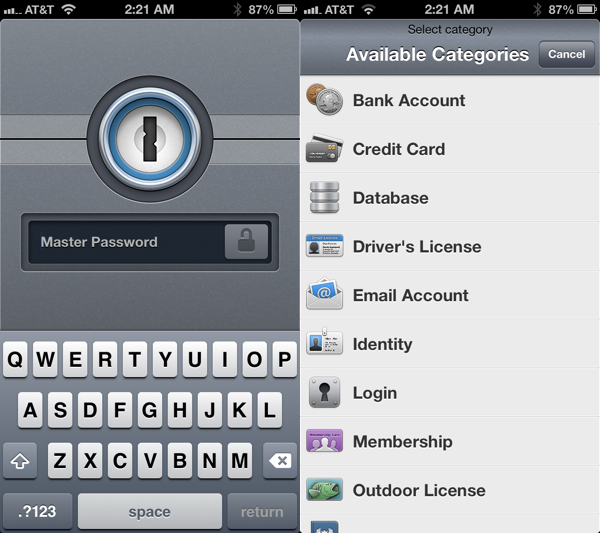 I’m a big fan of Agile Bits’ 1Password utility and I know Jeff is a recent convert, too. This awesome password management utility has been recently updated on iOS with a host of enhancements.

However, 1Password’s steep asking price of $17.99 effectively discourages impulse purchases – even more so on the Mac, where the app is normally a $49.99 value.

For those uninitiated, the 1Password mobile/web/desktop apps and browser extensions let you manage and update your entries, autofill web forms, sync your passwords across devices through Dropbox or iCloud and more.

It can also open web sites like PayPal, eBay or Amazon 100 percent securely on iOS devices, through the in-app browser. Topping it all off, the handy browser extension for Safari and Chrome automatically populates web forms and logins for you (see the animated GIF here).

Instead of remembering a bunch of credentials, with 1Password you only have to memorize the master password which unlocks your database of passwords.

Speaking of which, 1Password data is encrypted using military-grade 256-bit AES encryption, meaning your passwords are safe from prying eyes – even if someone gets hold of your device.

If you want to take advantage of this time-limited offer, grab yourself 1Password for iOS, now just $8.99, or the Mac edition for $24.99.

As for Knox, this Mac app lets you store files in encrypted vaults, each with separate passwords. It supports automatic backups and can also reformat USB sticks and external drives as encrypted Knox vaults.

For a limited time, you get to “pay 50 percent less to get 100 percent more security in your life,” as Agile Bits put it. 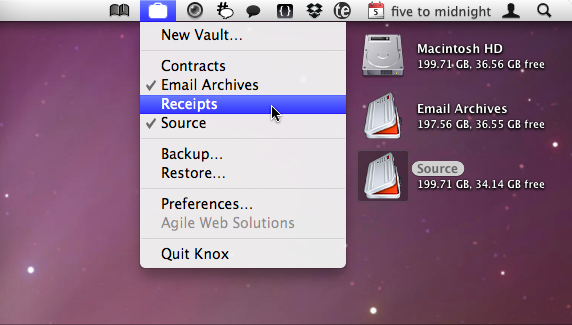 Because it contains features not allowed in sandboxed software, Knox is not on the Mac App Store and can be purchased through the Agile Bits web store instead.

Both 1Password and Know apps normally cost twice as much.

They are also bundling 1Password for Mac and Windows with a 20 percent discount, costing $34.99 instead of $69.99 for a single-user license.

The team recently announced that 1Password 4 for Mac is coming soon.

You can register for a private beta test here.

Not much is know about this major update, except that it will require OS X 10.8 Mountain Lion and feature “the amazing new design”.

The “utterly gorgeous” app will be “powerful” and is coming “later this year”.