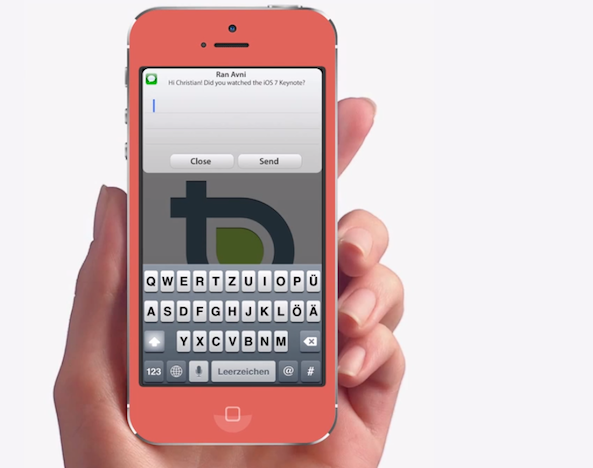 With WWDC now just a few weeks away, and more details about iOS 7 coming light, anticipation for Apple’s next-gen mobile operating system is  almost through the roof. Everyone wants to know what the company has planned for the future of its platform.

Well if these two designers get their way, iOS 7 will include a number of new features like support for panoramic wallpapers and quick reply for messages. Here’s a new iOS 7 concept from Christian Lue of ChanluChannel and Ran Avni of ConceptsiPhone…

Overall I really like the ideas proposed in the concept. I’ve been longing for a stock quick reply feature for a long time, and who doesn’t want to see new Siri features added? I also like the idea of redesigned folder icons and action menus in the Music app.

As for panoramic wallpaper support, it’s never been on my personal wish list. But I know that it’s been on Android for quite a while, and a lot of folks have been asking for it on iOS. The good news is, rumor has it that Apple has finally added it this time around.

And as for the rest of iOS 7, it’s expected to look substantially different from its predecessors with less skeuomorphism and more of a flat UI design. Of course, we won’t know anything for sure until Apple unveils the new mobile OS at WWDC next month.

What are your thoughts on today’s concept?