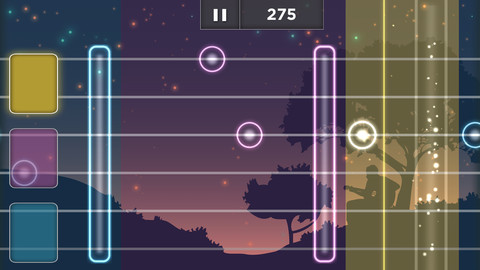 Smule is among early iOS developers that have been continuously raising the bar on what’s possible on Apple’s iPhone. They make a bunch of social music-making applications and their latest offering is a free iPhone game called Guitar!.

Like many other Smule apps, Guitar! challenges you to play a virtual guitar on your iPhone or iPod touch and earn points based on your performance.

You can then compare your standings to your friends in global leaderboards. And as you progress, the app unlocks a range of Electric and Rock guitars that let you try out new guitar sounds. And no, you don’t have to be a musician as the whole point of the game is social music making. A promo video and other highlights are right after the break…

Another killer feature: Guitar! features guitar songs paired with real vocals from Smule’s Sing! Karaoke app, letting you play along to live singer form around the world. It makes heavy use of gestures.

For example, you can swipe your finger across the strings to strum, tap a single string to pick or shake the device to create vibrato.

If you want to emphasize a strum, simply swipe faster and you’ll play louder. And, changing the chord is as easy as choosing from the colored tabs on the left. 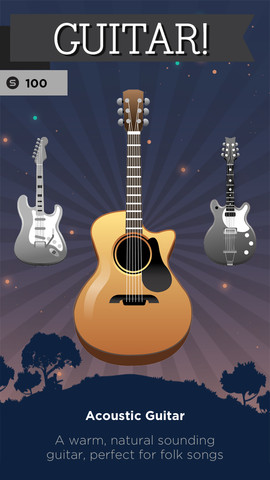 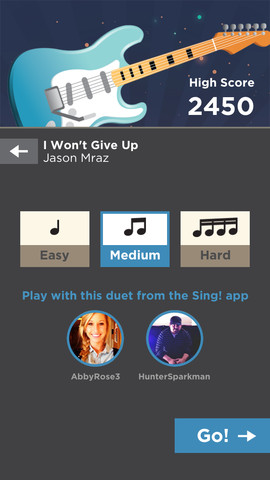 You create the invaluable foundation for your singer as you strum the chords of the song. Add personal flourishes on individual strings, a bit of vibrato, or emphasis on particular notes.

The app includes such songs as When I Was Your Man by Bruno Mars, Stand By Me by Ben E. King, Hallelujah by Leonard Cohen and Amazing Grace, but more songs and singers are “coming soon,” Smule promises.

If you just want to jam out and sing to your own tune, Guitar! also has a handy freestyle mode. 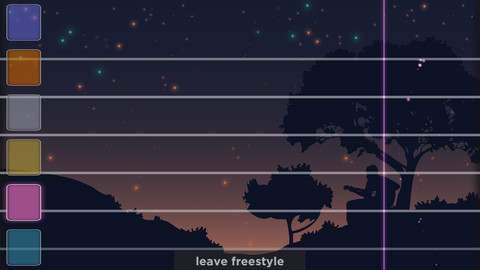 Check out the below promo.

Go ahead, download Guitar! free to your iPhone and let us know in the comments how you like it – it’s free and supports all form-factor iDevices natively.