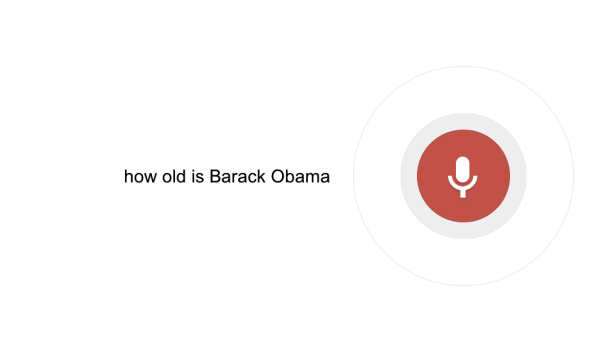 Google Now-like voice search in the desktop Chrome browser is definitely one of the easily overlooked Google I/O 2013 announcements. There’s no denying that it makes a hell of a lot of sense to unify Google’s voice search experience, no matter what device or operating system people happen to be using.

Having recently added Google Now to its native Search app on iOS devices, the Internet giant has now enabled very similar conversational voice search capabilities in the latest build of its Chrome desktop browser for Mac and Windows…

First, you’ll need to update your copy of Chrome to the latest version 27.0.1453.93 by choosing About Google Chrome from the Chrome menu.

To access conversational search, simply navigate to Google.com and hit the mic icon. Upon giving Chrome a permission to start listening, up pops the interface which will be instantly familiar to Google Now Android users and those who played with the latest versions of Google’s native Search iOS app. 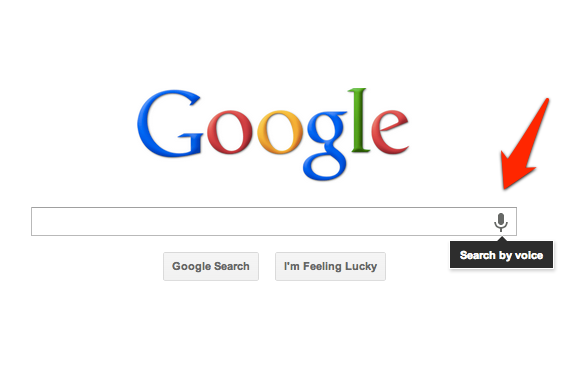 Simply say aloud what you want to search for and watch Chrome turn your spoken query into text, in real-time. For most voice queries, Chrome will produce standard search results. However, certain queries will yield audible results.

A good example: asking Chrome “how old is Barack Obama” will result in a handy card, pictured below. 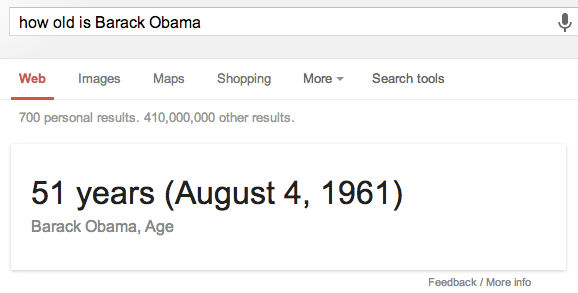 What Google is doing is hard, and yet when it works, it feels natural, easy, like it should be.

You don’t have to be signed in to perform a voice search. Moreover, the feature is supported in Chrome’s Incognito privacy browsing mode, which is pretty nice.

On the downside, conversational search is a bit rough around the edges.

For example time, I tend to get a “No Internet connection” error message after performing a few searches. At that point, nothing except restarting Chrome fixes the bug.

It’s also interesting that a Google I/O demonstration included activating the feature by simply saying ‘OK, Google,’ as seen in the video below.

That always-on listening capability isn’t present yet in the latest build of Chrome, though it’s likely to be added in the future in order to allow for hands-free searching.

According to a post over at the official Chrome blog:

Search has evolved considerably in recent years: it can now have a real conversation with you, and even make your day a bit smoother by predicting information you might need.

Today we added the ability to set reminders by voice and we previewed “spoken answers” on laptops and desktops in Chrome—meaning you can ask Google a question and it will speak the answer back to you.

On a somewhat related note, I love this Chrome ad.

Speaking of which, I like Microsoft’s take even better.

So, how do you like the new voice search in Google Chrome?