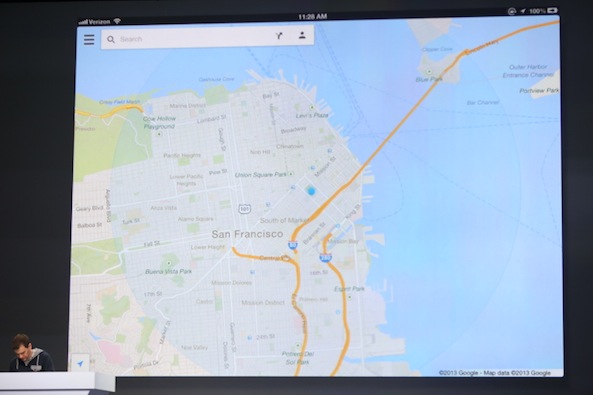 You know, it wouldn’t be a Google I/O keynote without some kind of talk about Maps. Larry Page and company have made it very clear that its mapping technology is a big part of its future. And they gave us a bit of a glimpse of that future today.

Google will be releasing a big update for its Android and iOS Maps app this summer. And among several new features and updates, we’re happy to see that the software will finally be landing on the iPad. More details on the update after the fold…

Google says that the new Maps app will be available for iOS and Android this summer. But for the folks who can’t wait to try out some of the new features, you can sign up to receive an invitation to preview the desktop version.

After being kicked from iOS, Google Maps was released as a standalone iPhone app last fall. It landed amidst a flurry of complaints from users about the inaccuracy of Apple’s mapping software, helping it to over 10 million downloads in 2 days.

So, who’s excited about Google Maps for iPad?