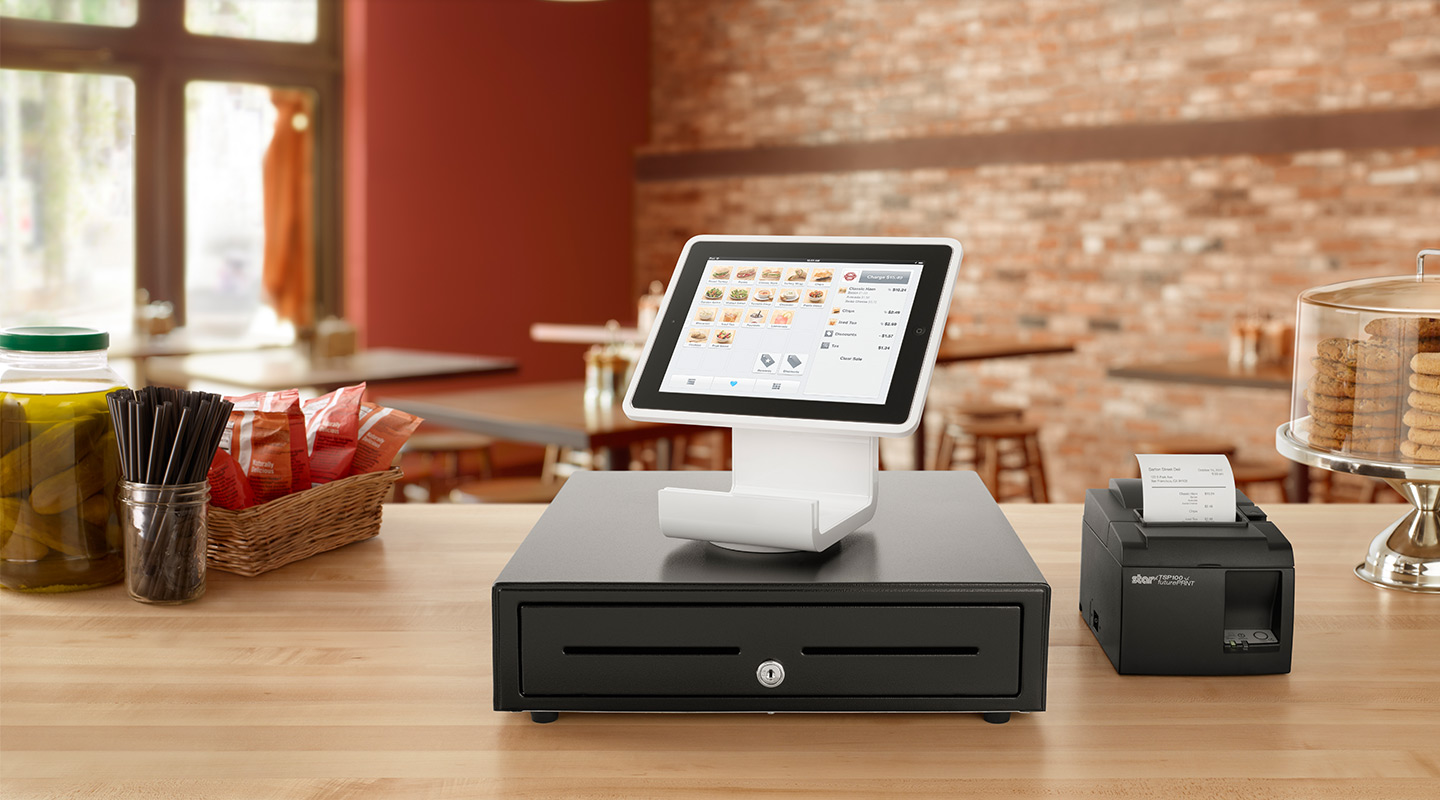 Twitter co-founder Jack Dorsey’s other startup, the payment service Square, today announced an interesting hardware dubbed the Square Stand. The all-white stylish accessory lets merchants run their business from an iPad and requires the Square Register iPad app to process payments. The Stand shouldn’t be confused with the Business in a Box, Square’s $299 (and up) bundle that incorporates an uglier iPad stand, cash drawer and an optional receipt printer…

Unfortunately, the Stand initially supports only legacy 30-pin devices such as the iPad 2 and 3. A version outfitted with Apple’s new Lightning I/O will be released later this year, Square confirmed by way of a press release.

The Stand turns your iPad into a complete point of sale.

It has a built-in card reader for swipe payment and connects easily to other accessories, including a receipt printer, kitchen printer, cash drawer and barcode scanner. The Stand keeps your iPad locked in place a secures itself to the countertop.

That it looks business doesn’t hurt either, here’s a nice introductory video.

Local business owners take as a given that they need an ugly, slow, expensive, and complicated point of sale system cluttering their counter.

Square Stand is elegant, fast, affordable, and easy to use. Whether you’re selling cupcakes, cardigans, or cappuccinos, running your business with Square has never been easier.

And “they” say one can’t do real work on an iPad.

Indeed, nearly half of the $15 billion payments Square processes on an annualized basis comes from its iPad-totting customers.

You can pre-order your Stand for $299 over at the Square web site.

The accessory will also be available for purchase in Best Buy stores and other select retailers starting the week of July 8. And starting tomorrow, thirteen U.S. merchants will be showcasing the Stand, including San Francisco’s Blue Bottle Coffee.