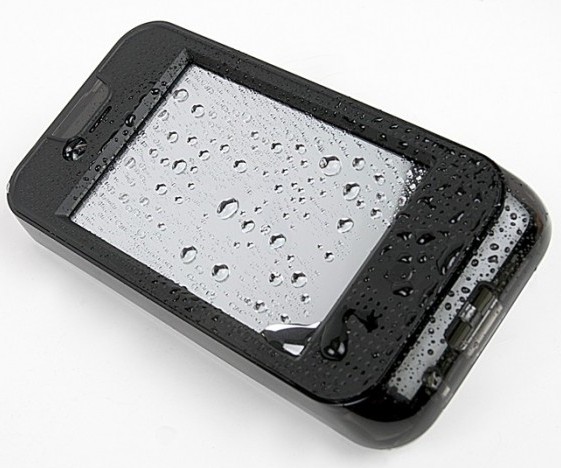 Into each iPhone, iPod or iPad a little moisture must fall – and when it does, Apple’s got you covered. Or, at least that’s what a pair of patent filings indicate. The two patent grants detail how to build consumer electronics in ways to prevent moisture entry and then alert users. Both were granted by the U.S. Patent and Trademark Office and appear to be part of the iPhone 5, which has scored well in moisture-handling tests…

“The invention relates to providing a moisture resistant environment for small form factor electronic devices,” according to the blog. 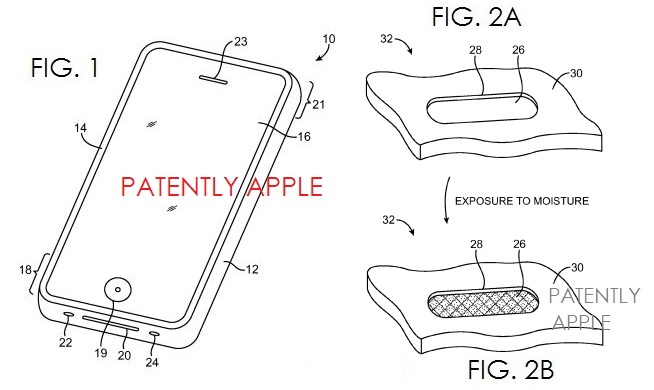 According to SquareTrade, Apple’s iPad mini handles being dunked in the water surprisingly well.

The moisture indicator – or “water dot” – involves an edge that is either sealed or unsealed for differing sensitivity levels. The indicator can also have multiple regions, each sensitive to different moisture levels.

These regions serve to determine whether an iDevice has been immersed in liquid or otherwise exposed to large amounts of moisture or simply exposed to a relatively small amount of moisture.