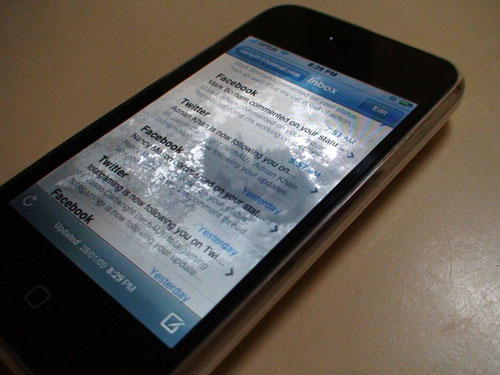 The current method for detecting water damage on an iOS device is pretty ancient. Like other electronics, most of Apple’s mobile products have liquid contact indicators that change colors when the device comes in contact with excessive moisture.

The problem with these indicators is that they can sometimes change colors without ever being submerged in water. For instance, heavy humidity can cause a device to appear as if it has suffered severe water damage. So Apple is looking to change things…

In a new patent application, discovered by AppleInsider, Apple discusses a new method for detecting water damage in its mobile devices. The filing is called ‘Mechanisms for detecting exposure to water in an electronic device.’

Apple starts off by explaining that vendors aren’t generally qualified to determine whether a device has failed due to water damage or not. This can cause two major problems. For one, devices that have suffered extreme water damage could get improperly replaced under warranty free of charge. Even if this only happened once per week, per Apple Store, at an average of $500 per device Apple would lose around $200,000 every 7 days. The second problem is that devices that aren’t failing due to water damage could get denied a warranty replacement due to falsely activated indicators.

To avoid these issues, Apple suggests that an immersion detection system be imbedded on one of the internal components of a device. This sensor would be covered in a moisture-solubable glue, which would immediately dissolve in water or other liquids.

The benefit of this method is that theoretically, Apple could build a pane into the Settings app in iOS that would reflect the status of the sensor. This would make determining if a device has water damage or not substantially easier. Not to mention this solution also sounds less likely to produce false-positives.

Of course, Apple could just skip all of this nonsense and go right to building chemically-treated water-proof iOS devices. But we doubt that will be happening anytime soon.