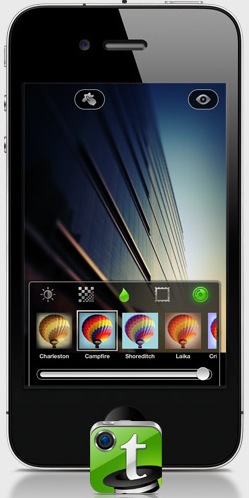 Instagram may be the top dog when it comes to fancy photo sharing, and it may have Facebook behind it to make sure it stays there, but it’s not all been plain sailing. Instagram’s had more than its fair share of privacy issues, and its own terms of service have been less than clear on who owns the photos posted to it.

Such goings on have led many to at least consider dumping Instagram, but where do you go instead? We’ve wondered that too, and Tadaa may be a good alternative especially when its latest update is taken into account.

If you’ve ever wanted an up market Instagram, then we might just have something right up your street…

First thing’s first, Tadaa has all the filters you could possibly want. 26 in fact, so if you’re a fan of making all your photos yellow, or just the right shade of brown, then you’re in luck. We know you Instagram users love your filters!

What makes Tadaa stand out for us is the way it treats your photos, and the way it handles your stream. For starters, Tadaa has some pretty advanced features, as well as all the expected ones. You can crop, zoom and rotate your photos just as you would expect, and you can add borders too. Beyond that though, there are some impressive tilt shift features and edge detection features that make it possible to create some pretty awesome depth of field.

Before we get into how Tadaa handles its user streams, let’s just be clear that you don’t actually need to upload your photos anywhere to use Tadaa. The app can actually be used as a powerful photo taking and editing tool without sending the images anywhere beyond the Camera Roll. If you do want to upload them though, all bases are covered.

What is different, and we quite like this, is the way the stream works. If you follow someone, they can not only upload their own images but also re-share those uploaded by everyone else. Think Twitter retweets, and you won’t be far off. It might not sound like much, but it adds an extra layer to feeds, and means great images can be shared by everyone. We like that. We like it a lot.

At the end of the day, we’re fans of Instagram, but Tadaa has a more premium feel to it. Less photos of food and more stunning landscapes was the overall impression we came to after a few days of use. The problem? Well, for us, it was a lack of users. Tadaa is not short of users as such, but we found that people on either our Facebook or Twitter friends lists were simply not using Tadaa. That’s a real shame, but we bet they’re using Instagram instead.

Tadaa – HD Pro Camera to give it its full name, is free and available on the App Store for all iPhones from the 3GS onwards.