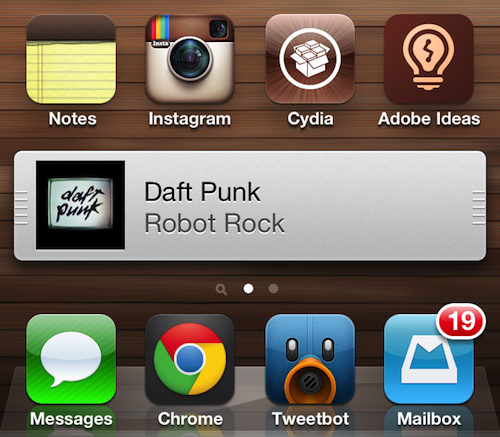 Earlier this week, we told you about a new jailbreak tweak called MiniPlayer. It’s essentially a hidable widget for your device’s music controls, which was based on a concept from Auxo-designer Sentry, and looks a lot like the iTunes 11 mini player.

The initial release saw mixed reviews, but if you weren’t a believer before you need to checkout today’s update. MiniPlayer 2.0 just hit Cydia, and thanks to a complete UI overhaul by Ayecon theme designer Surenix, it looks and feels much better…

How does a tweak ‘feel’ better? I suppose that’s my way of saying it seems more bouncy and responsive than the initial version. And when you combine that with Surenix’s new interface, MiniPlayer seems like it could’ve been designed by Apple itself. 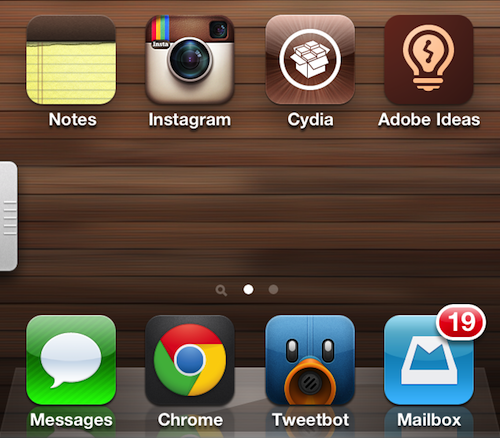 – Use swipe gestures to hide, move or show

– Completely hide or show with Activator

Of course, the original conundrum with MiniPlayer still exists: why? Why do you need this when there are hundreds of other tweaks available that offer quick access to your iPod controls? And I guess the answer is the same as it is for most tweaks, you don’t.

No, you get MiniPlayer because you want a good looking widget with music controls. And I can say that, especially after today’s update, you won’t be disappointed. Version 2.0 is free for previous owners, otherwise you can find it in the BigBoss repo for $2.

What do you think of MiniPlayer 2.0?

Update: shortly after this post went up, a second update for MiniPlayer landed in Cydia (2.0.1). And most of you will be happy to hear that, among other fixes, it includes support for Spotify album art.