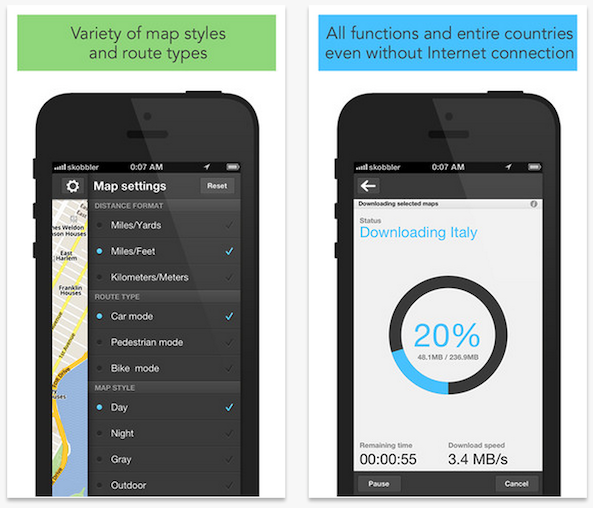 With Google Maps launching as a standalone app last fall, and Apple’s own Maps app getting progressively better, you probably aren’t in the market for an alternative GPS application. But we’re going to tell you about one anyway.

ForeverMap2, a maps app that uses OpenStreetMaps tech, has finally landed on iOS. Its claim to fame is its advanced compression technology, which allows it to serve up offline maps without taking up much space on your device…

The app initially debuted on Barnes & Noble’s Nook platform, and was later ported to Android. And it uses the world-wide open source mapping project OpenStreetMaps to deliver its directions, map tiles and other necessary assets.

Here are some of the app’s more notable features outlined in its App Store description:

As most of you know, Apple’s own Maps app allows for offline use. But you lose some features in the application when you disconnect from the internet, and ForeverMap2 promises that you won’t have to make that compromise.

Aside from its offline feature, though, there doesn’t some to be anything significantly different about this particular app. It looks good, but not gorgeous, and I haven’t seen any features yet that other map apps don’t already have.

But hey, the good thing about the App Store is that it gives you choices. And if you so happen to choose to download this app, today would be a good day to do it. To celebrate the launch, the team has dropped the price from $3 to $1.

You can grab ForeverMap2 in the App Store, for both the iPhone and the iPad, for $0.99.

Have tried this maps app yet? What’d you think?