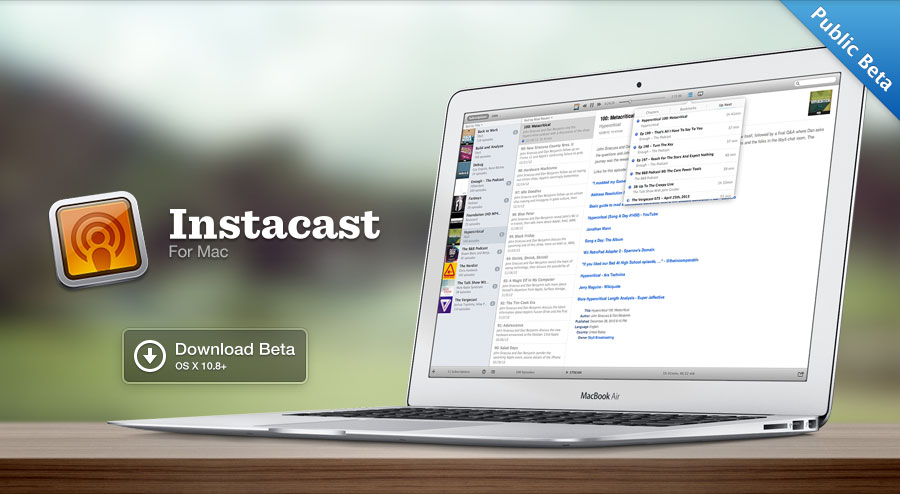 We love Instacast as much as the next avid Apple fan. It’s the ultimate podcasting app for the ultimate podcasters: Instacast lets you both manage and stream podcasts on your iPhone and iPad, and do so in style. As a cloud-based streaming solution, it can be best described as Netflix for podcasts.

Since its March 2011 debut, Instacast has seen numerous updates that brought additional features, with an iPad version arriving in November 2011. It certainly leaves Apple’s stock iOS Podcast app in the dust and beats every other podcasting app out there. That said, small wonder developer Vemedio has responded to popular demand and brought Instacast over to the Mac…

Available in public beta as a 5.7MB download for your Mac, Instacast lets you organize podcasts without ever having to go through iTunes.

It features podcasts from iTunes and third-party sources and with AirPlay Mirroring on supported Macs running OS X Snow Leopard, Instacast could likely be the only podcasting app you’ll ever need.

I haven’t had a chance to spend much time with Instacast, but from what I could glean from it supports favorites, lists and syncs your podcasts seamlessly between iDevices and Macs. 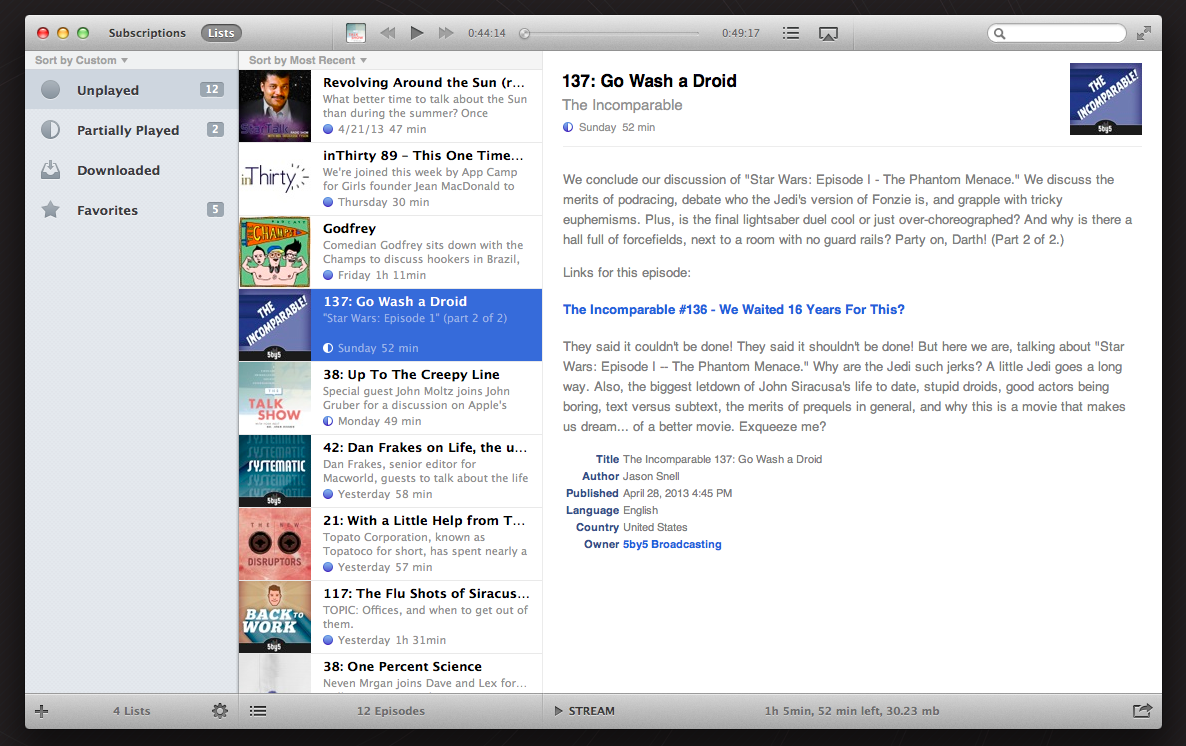 Oh, and it doesn’t disappoint design-wise: Instacast is a sight to behold on your Mac.

According to Vemedio’s Twitter account, they aren’t so sure that the final version will be on the Mac App Store due to certain features that are a no-no for sandboxed apps.

You can learn more about Instacast for Mac over at the Vemedio web site. 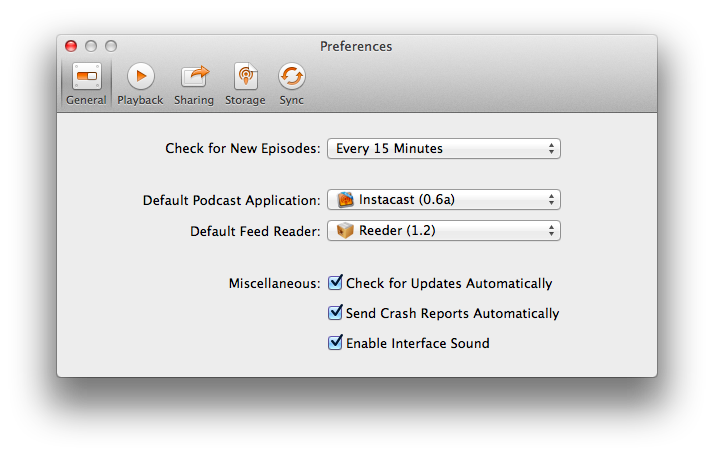 Nate Boateng did a nice first-look article, here’s an excerpt:

The Vemedio team once again worked with Marcelo Marfil to create a wonderful UI that is easy to understand, and looks beautiful. The interface has many of the same components as the iOS counterparts, but restructured nicely for the Mac.

You have two main views; Subscriptions and Lists. Like on iOS, Subscriptions show your full list, while Lists are the equivalent of Playlists on the iPhone and iPad —showing your default and custom lists.

If you consume podcasts frequently, Instacast is available for five bucks straight from the App Store, which buys you a beautifully designed application that works natively on your iPhone and iPad.

Oh, and make sure to subscribe to our Let’s Talk Jailbreak audio podcast where our own Sebastien Page and Jeff Benjamin discuss weekly hot topics.