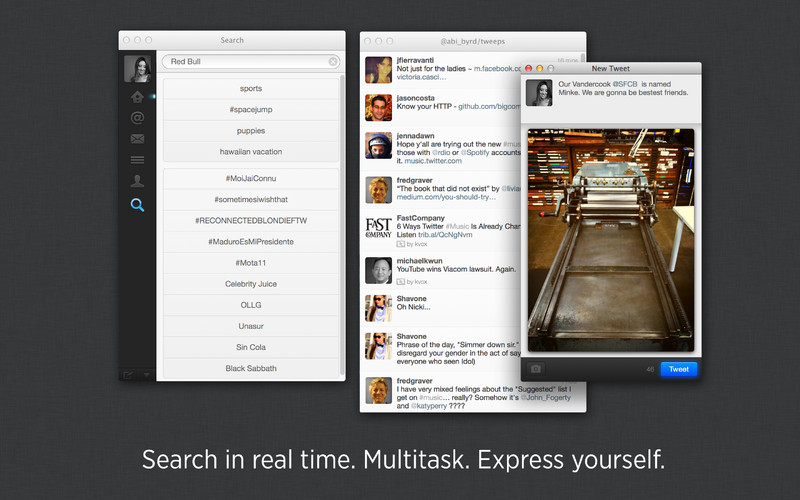 Just as we’ve given up hope that Twitter will put any effort into improving its Mac app, the micro-blogging turned media platform on Thursday rather surprisingly issued an update to Twitter for Mac.

In its first major refresh in nearly two years, the application has brought out way overdue support for Retina graphics, along with several design changes and other under-the-hood tweaks.

Twitter for Mac versions 2.2 now comes with a brand new app icon and improves upon the overall iconography. The compose window has been redesigned and the application can now post photos to pic.twitter.com. Read on for other changes…

You can now tweet out photos by clicking the camera icon in the lower-left corner of the compose box. Alternatively, you can still drag and drop photos from the desktop, as before.

This is your new icon.

Twitter in a blog post mentioned new keyboard shortcuts “and other features that you’ve come to love.” One of the more useful enhancements that will no doubt prove very useful to heavy Twitter users: support for multiple accounts and timelines. Of course, many third-party Twitter clients have had this feature implemented for quite some time now. 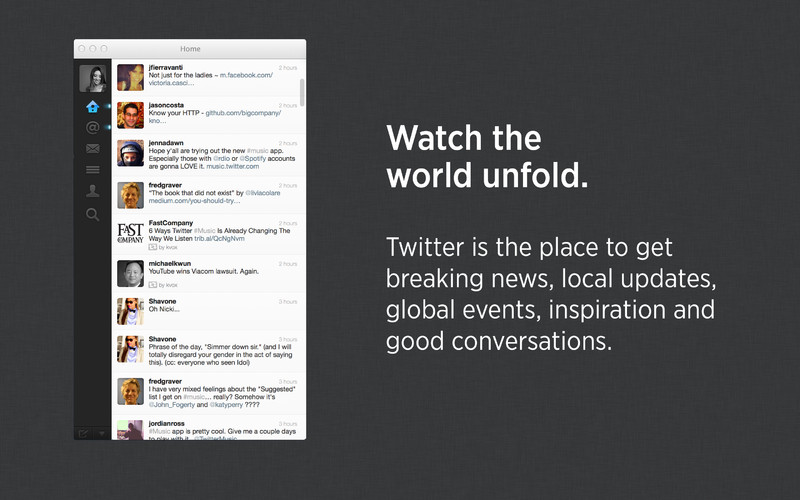 This isn’t a one-time update as Twitter promised more new features in the near future.

It will be interesting to see how Twitter injects Cards, Connect, Discover and ads into Twitter for Mac.

“Keep an eye out for more improvements to come, too,” Twitter for Mac Tech Lead Ben Sandofsky wrote in the blog post.

P.S. I’m taking a break from iOS to work on Twitter for Mac full time.

Hopefully, it won’t be that long a wait until the next refresh.