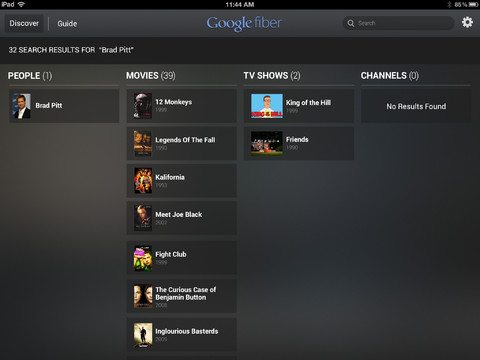 Just a quick recap: the most obvious benefit of Google Fiber is the hundred times faster data rates, in both downlink and uplink, compared to the traditional broadband services.

Following last month’s release of the Fiber TV app for Android devices, the search monster today issued a build for Apple’s iPad tablet. Should you happen to live in select areas of Kansas City, go download the  Fiber TV iPad app and start browsing, buying and watching television shows and movies that are airing live, right on your iPad…

“Losing the TV remote just got a little less unsettling,” Google’s blog post reads. “As of this morning, our Google Fiber TV app is available for iPad owners.”

The app, of course is a free download but it requires a subscription to the Google Fiber TV service, currently available in select areas in Kansas City only.

The service is also coming to Austin, Texas later this year and to Provo, Utah in 2014. 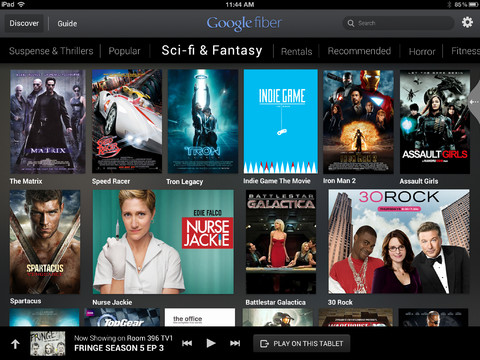 Television shows and movies that are airing live, recorded on your DVR, are available on-demand in the Fiber app. 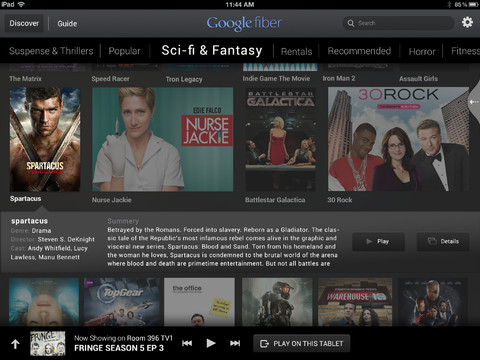 Many television networks and studios have lately been updating their companion apps with so-called second-screen experience, a feature where your iDevice serves up additional content to augment the currently watched show.

And you thought your broadband service was speedy…

Man, I should move to Kansas.