According to well-informed sources, Internet giant Yahoo will tomorrow release two new iOS applications, one a standalone weather software and the other an iPad version of its native email client. The news arrives hot on the heels of last week’s claim by The Wall Street Journal, which has it on good authority that Apple and Yahoo are “in very early stages” of deepening their partnership in order to grow Yahoo’s presence on mobile devices as Apple continues to push itself further away from Google…

Yahoo plans to release an in-house weather app for iOS and an iPad version of its Yahoo Mail app as soon as tomorrow, according to a person familiar with the apps.

The iPad version of Yahoo Mail, which is already available for the iPhone and iPod touch, is of course optimized for the iPad’s larger screen, Gurman reports.

Kara Swisher of AllThingsD corroborated the story with her own sources. 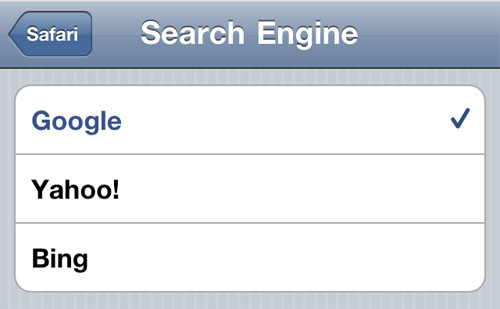 She also pointed to Yahoo’s Q1 earnings call from earlier this week which quotes CEO Marissa Mayer as confirming that Yahoo does not directly monetize its iOS Weather app deal with Apple.

Instead, the company benefits from links taking users back to its web site.

Yahoo already supplies Apple with data for the stock iOS Weather and Stocks apps and Siri queries  Yahoo is also an optional search choice in Safari.

The Sunnyvale, California-based Internet firm also has a bunch of apps on the App Store, including the free Yahoo! frontend, the Yahoo! Messenger software and the Yahoo! Finance application.