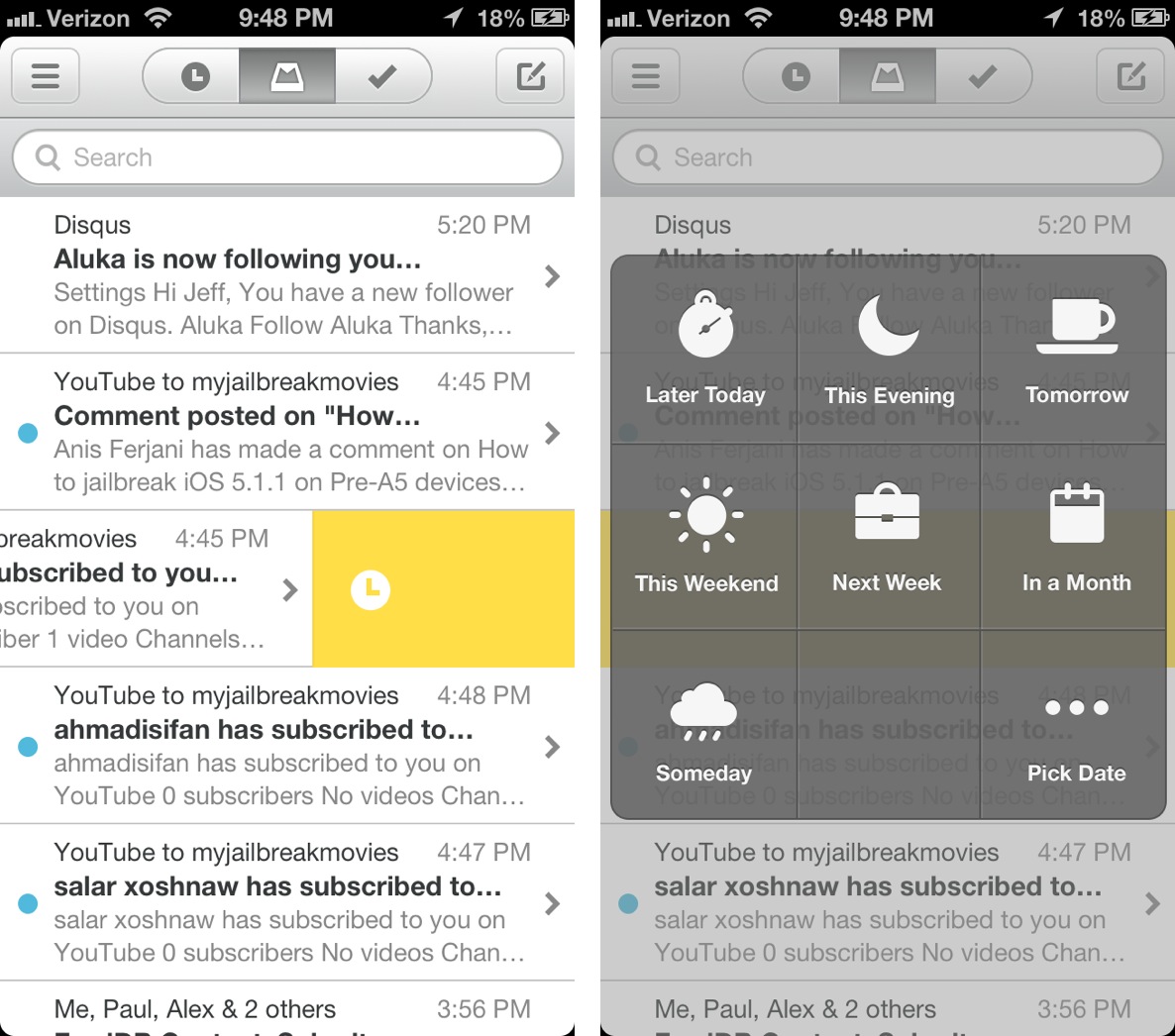 Dropbox-owned Mailbox soon became my go-to email client on iOS because it vastly reduced the overhead of dealing with email messages on iDevices by taking delegating most background stuff to the cloud. What the iPhone or iPod touch in turn becomes is a thin, responsive client.

And that has allowed for some interesting possibilities, such as rearranging the individual messages in your inbox or snoozing them as if they were reminders.

Although developers mostly concentrated on creating an effective user interface to support these unique features, the Mailbox app has a few annoyances that today’s maintenance update, its second update post Dropbox acquisition, strives to address.

For example, no longer are you limited to snoozing messages until Later Today, This Evening, Tomorrow, This Weekend, Next Week, In a Month, Someday or a specific date: the app now adds more granular choices allowing for snooze adjustments based on time of day and week…

The application also lets you “swipe as many items at one time as you want,” according to iTunes release notes. I’m actually most excited about a little UI tweak that now makes it possible to double-tap a name bubble in an email message to reveal the sender’s email address.

Previously, tapping on the name bubble would slide a new panel into view containing only the underlying email address. It was both a waste of screen real estate and time as you’d have to hit the Back button to get back to your message.

The remaining changes in this version include the obligatory performance improvements and bug fixes, including one fixing the swipe-to-open bug

Mailbox is free to download from the App Store.

However, you may not be available to start using the software right away due to the reservation system – I had to wait about three weeks to gain access.

If it’s any consolation, it’s most definitely been worth a wait.