Could Apple be preparing a prepaid version of iTunes of sorts, one that could allow users to purchase music and other digital media from the Apple cloud without an Internet connection? Tuesday, the iPhone maker was granted a patent for a system permitting iTunes purchases using offline credits, according to the 2010 filing. At the heart of the system is the ability to buy credits while online. The credits would also get stored locally on your device, not just in your online iTunes account.

Those ‘offline’ credits can then purchase and enable various media that would first have to be cached automatically on your device, based on top sellers, recommendations, past purchases and other criteria.

In turn, people could make iTunes transactions whenever they happen to be, even when being online is impractical. Reportedly, the proposed technology could also increase iTunes sales by offering restricted usage of the material…

Potentially, the practice could open up Apple providing recommended items.

Those recommendations could play back a limited number of times or at a lower quality until the user purchases a fully authorized version, according to Apple’s U.S. Patent No. 8,417,575 for “On-device offline purchases using credits.” 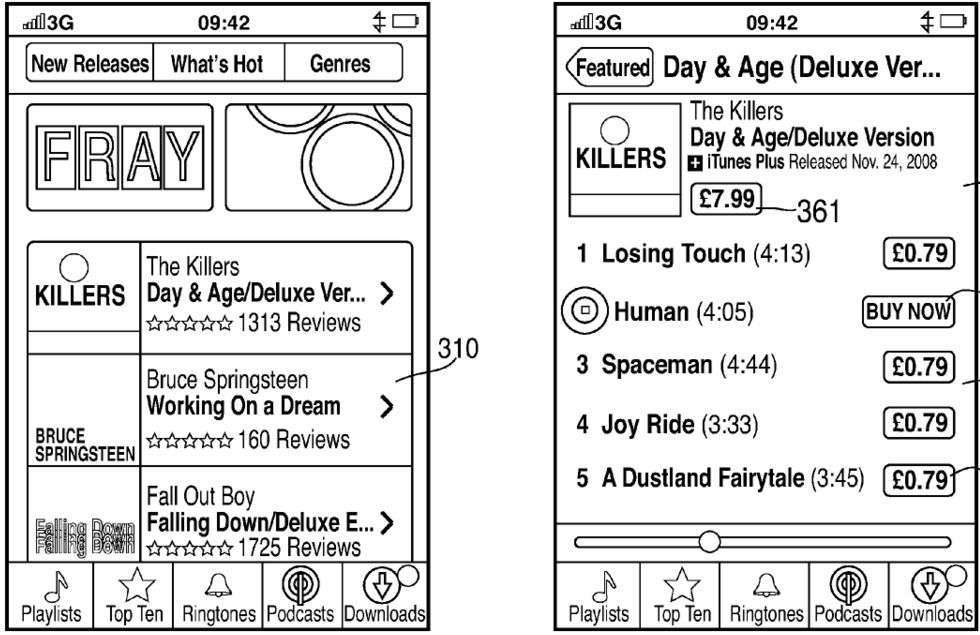 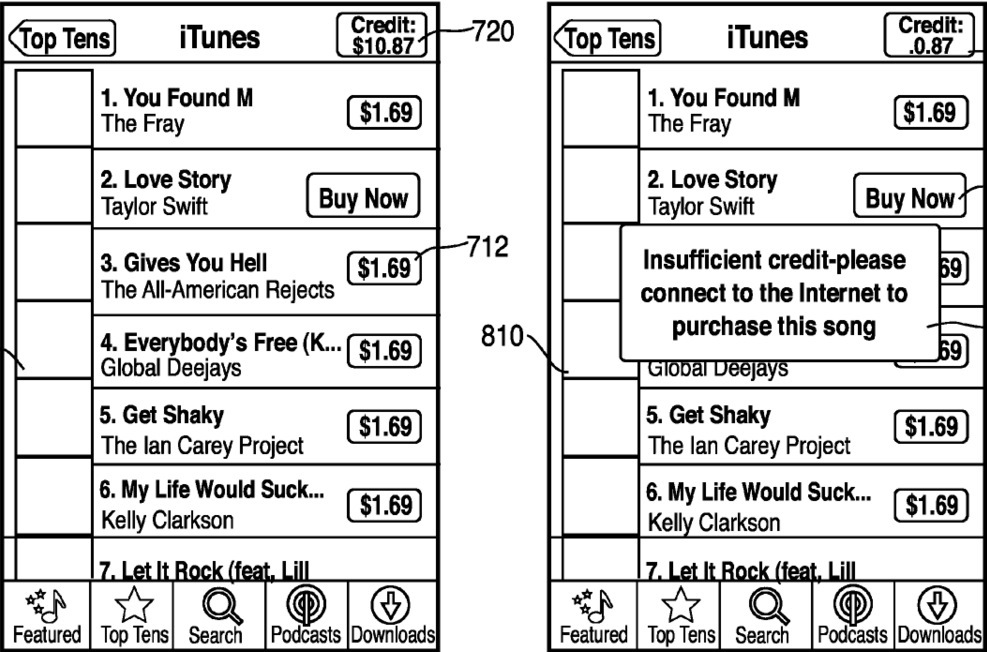 In one of the patent drawings, depicted below, Apple illustrates adding credits to a user’s device accounts. It appears to suggest that this could be accomplished through the device itself, but also via desktop iTunes with corresponding patent features not present in the current incarnation of the software. 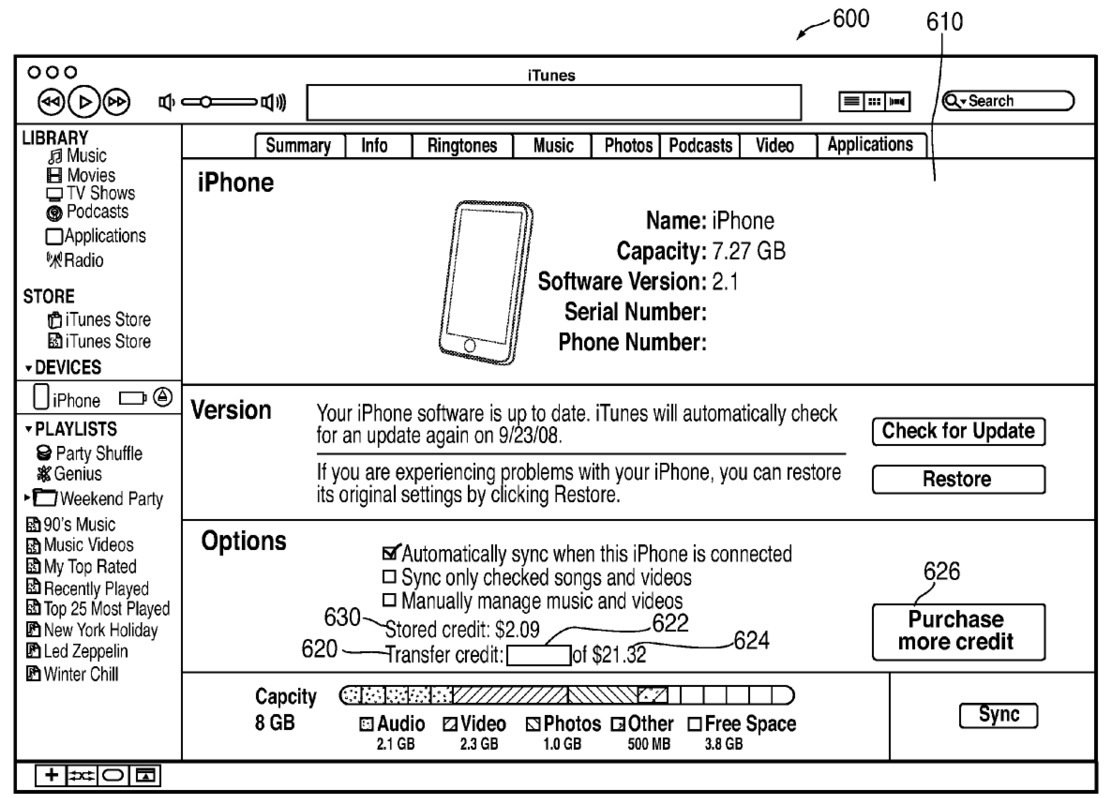 According to the filing, the system would accept several forms of payment, including credit cards, like today, but also bank accounts as well.

In March, another patent surfaced suggesting Apple was exploring ways iTunes users could sell “used” digital media. Spanning several patents, that invention would transfer the right to open or view the music track, video or e-book from the currently-registered owner to someone else.