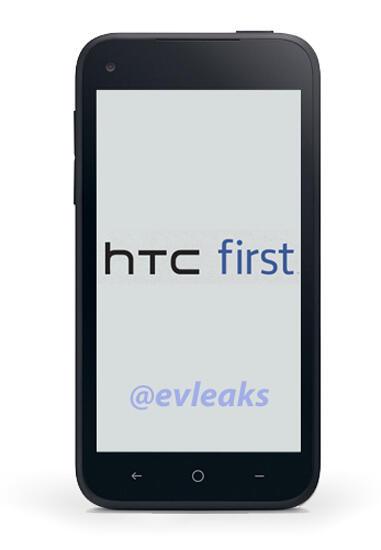 A new image of what is purportedly the upcoming Facebook phone has been leaked on Twitter. The image, first posted by @evleaks, shows off a generic looking Android device made by HTC.

It’s widely expected that Facebook will announce its first real foray into the hardware business on Thursday, this, by means of a partnership with handset manufacturer HTC. Last week, Facebook sent out invites that stated: “Come see our new home on Android.” It looks like that was more than just an invitation, as it also reveals the purported name of the device: Facebook Home.

Although nothing has been 100% confirmed as to what the experience will be like, some reports state that the device will not be a forked version of Android, a la Kindle Fire devices, but a more native version of Android featuring Facebook’s own custom launcher.

Needless to say, we’ll be keeping our eyes locked on Zuckerberg’s address this Thursday. The Facebook CEO has long held to the stance that Facebook wasn’t getting into the hardware business. One could argue that he was telling the truth, since HTC is technically the one behind the physical creation of the device. Still, this adds a very interesting angle to an already heavily competitive space in technology.