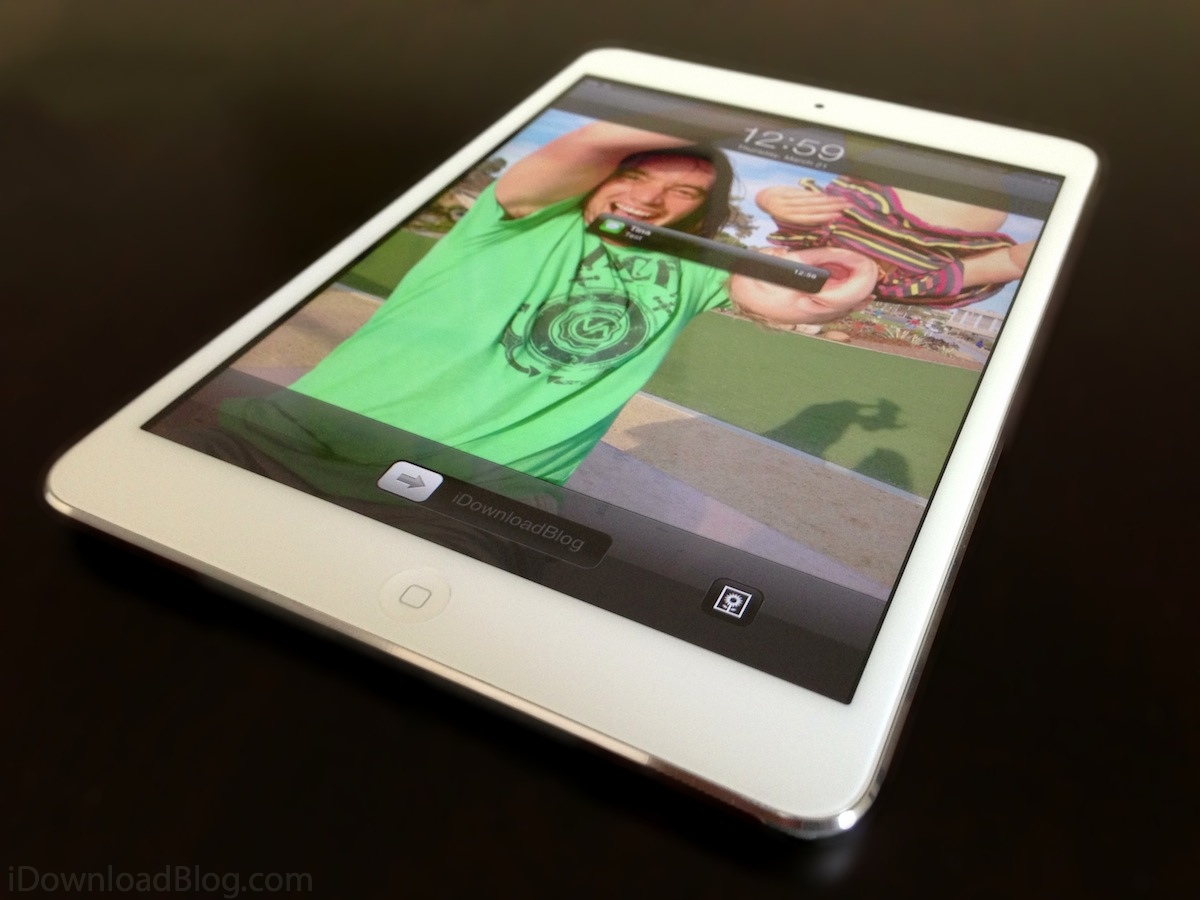 Just like TypeStatus has a special place in Jeff’s heart, SkipLock holds a special place in mine. If you’re wondering why, it’s simply because this tweak was born from a request I made to jailbreak developer Filippo Bigarella, who was kind enough to create it specifically for me. And now, it’s available for you too.

SkipLock is a very simple tweak that allows you to bypass the Lock screen altogether. Once SkipLock is installed, no more need to “Slide to Unlock” your device. Simply hit the Home button, and you’re taken straight to your Home screen.

I can already hear the skeptics saying “why in the world would you want to do that?” Well, let me tell you how I came to need such a tweak.

My iPad mini spends 99% of its time between my coffee table and my couch. More often that not, it’s actually sitting next to me on the couch. This way, if I want to look up something really quick, it’s right there. On any given night, I pick up and put down my iPad mini a few dozen times. I send a tweet, I put it down. I check emails, I put it down. I set a reminder, I put it down, etc…

For a long time, the Lock screen had been in my way. An unnecessary obstacle to getting access to the information I needed as quick as possible, the Lock screen was one more step (albeit a quick and easy one) I needed to go through to get to my Home screen.

After looking around on Cydia, I found a tweak released a while back that did the trick. The only caveat was that every time my iPad received a new notification such as an iMessage, it would turn on the device, skip the Lock screen, and launch the related application (in this case, the Messages app). Very impractical.

So I turned to Filippo Bigarella, who happens to be one of my favorite jailbreak devs. I gave him two simple requirements:

Filippo agreed to make the tweak and quickly sent me a .deb fil, which I’ve been using ever since.

After talking about this tweak on Twitter and on our new podcast, many people asked about it. I’m happy to finally announce that Filippo has made this tweak available on his repo (add http://filippobiga.com/repo in Cydia).

If your device is password protected, note that the tweak will not bypass the password. While you won’t have to Slide to Unlock, you’ll still have to enter your password.

Obviously, this tweak is not for everyone – I wouldn’t want to use it on my iPhone for example – but if you find yourself in the same situation as me, SkipLock might be the perfect companion tweak for your iPad. SkipLock is available for free on Filippo’s repo. It works with any device running iOS 6+. I’m really excited about this tweak and I’m sure some of you will find it really useful.